Senator Ben Bruce has likened Donald Trump to Obasanjo.According to him,the two have many similarities in common like they both have insatiable taste for women and beautiful ones at that,are smart and more.Below is what he wrote….

On the morning of Saturday the 20th of February, 2016, I was having breakfast at Eko Hotel with a friend of mine, Reno Omokri and one of the top Democratic Party strategists in the US and an argument ensued. Omokri said Trump would go all the way while the American said he was not going anywhere. I joined the conversation by saying that Trump is a phenomenon and no one knows how far he will go.

Today, I sit here writing this piece pleasantly stunned that what the mainstream media, what the establishment and what the powers that be said could never happen has happened due to this phenomenal man’s belief in himself when others did not believe in hm.

I have met Donald Trump one on one before and what I clearly remember about him is that he is a White and younger version of former President Olusegun Obasanjo.

The two of them can be brash and outspoken but they always seem to come out on top by some sort of divine arrangement that makes whatever they do turn out for the best even if it began with controversy.

More similarities between the duo is that they both undeniably have an insatiable taste for women and beautiful ones at that!

Then again, they are both men who have succeeded in business and, even though they were political outsiders, they extended their business success to politics.

And even though there is a lot of anxiety in the Black world and especially Nigeria, I believe that a Trump Presidency would be better for Africa and Nigeria than a Hillary administration.

For one, Boko Haram are now afraid. Very afraid! This is a man that is not afraid to use the word radical Islamic terror and to declare to all who care to listen that he will be their nemesis.

Nigeria needs such a partner!

We are spending way too much of our resources on fighting terrorists. We need a big strong hand to help us fight them. A hand that will not be afraid to sell us weapons and will not make us grovel before it is willing to help us destroy our enemies who want to destroy us.

But secondly and very importantly, Nigeria is an oil producing nation and though I believe that it is what is between the ears of our people that will make this nation great, we still need foreign exchange and Hillary’s plans for alternative energy was not going to see the price of oil go up anytime soon.

But Trump won in Texas because the oil industry knows that they have a friend in him, and any friend of Texas big oil is a friend of Nigeria.

And forget about all that talk about immigration reform. Trump will not stop Nigerians from entering the US. The US needs Nigerians more than Nigerians need the US.

Without Nigerian healthcare professionals, the US health industry would collapse overnight. Neither Trump or Hillary wanted that.

Trump’s rhetoric was directed more at Mexican immigrants because of the immediate threat posed to the US by illegal immigration from Mexico.

Having said that, let me add that the last similarity between Trump and former President Obasanjo is that they both look not very intelligent, but their looks betray their vast knowledge and deep wisdom. You meet them and size them up by their looks and end up underestimating them.

But when they reach into their reptilian brain and come out with strategies it becomes too late to do what you should have done.

I am glad that Trump won and I cannot wait to see how he will change the world positively.

But one thing is clear, any politician who underestimates the role of social media in the battle to win the hearts and minds of the people is a politician that is going the way of the dinosaurs.

Social media and particularly Twitter was the weapon Trump used to fight the mainstream media. Social media is the ultimate form of democracy in that it gives the underdog a vehicle to amplify his or her voice against a biased media that wants to suppress it. 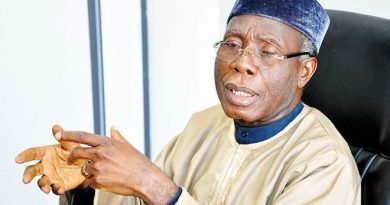 Audu Ogbeh Lied About The Collapse Of Our Rice Industry, Thailand Ambassador 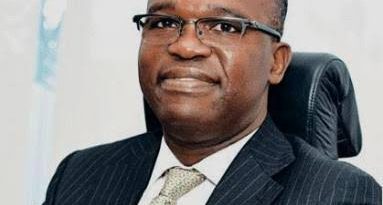