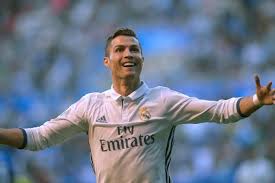 An unamed Chinese club has offered Real Madrid €300 million (£260 million) for Cristiano Ronaldo, according to the player’s agent.

However, the bid has been rejected by the Spanish club, with the former Manchester United winger said to be content with life at the Bernabéu.

“From China they’ve offered €300 million to Real Madrid and more than €100m per year to the player [Ronaldo],” said his agent, Jorge Mendes. “But money is not everything. Real Madrid is his life. Cristiano is happy at Real Madrid and it is impossible to go to China.

“The Chinese market is a new market. They can buy a lot of players, but then again it is impossible to go for Ronaldo. Cristiano is the best player in the world and best ever. It is normal to have some offers.”

The news comes after Carlos Tevez agreed to join Chinese Super League side Shanghai Greenland Shenhua in a deal which will reportedly make him the highest paid player in the world.

The former Manchester United and Manchester City striker has signed a two-year contract and, although no financial details were announced in the move from Boca Juniors, reports suggest he is set to earn £615,000-a-week. The 32-year-old is the latest high-profile capture by a Chinese club after Shanghai SIPG last week signed Brazil midfielder Oscar from Chelsea for a fee of around £52 million.A statement on Shenhua’s official website read: “Shanghai Greenland Shenhua FC reached a transfer agreement with Argentina Club Atletico Boca Juniors. Carlos Alberto Tevez has officially joined Shanghai Shenhua.”

Tevez will team up with former Newcastle strikers Demba Ba and Obafemi Martins at Shanghai Greenland Shenhua while he will be managed by Gus Poyet, formerly of Tottenham and Chelsea.

The money rush from China has just begun