We all risk being involved.

Rivers state is in the South south region of Nigeria, West Africa.

It is one of the oil producing states in the Niger delta, battling with oil pollution and degradation of the environment.

Oil spillage has destroyed the acquatic life of this riverine state.

This article is written by some one who is associated with this state.

Contrary to common belief that holders of political offices anchor all the ills in our body-politick, it would be interesting to find that people—very ordinary members of society, have vested interests for which they would never allow fair and people-driven governance of social contract to take root in our localities. Rather satisfied with an order in which governance offices serve as avenues for personal of group reward, they would oppose any moves at progressive reforms.

For most civil service offices in Rivers, for instance, what matters is not competence, but for indigenous employment to serve as avenue for indigenes to racketeer from most government services to personal benefits. These ones are usually said to have been “Empowered”. Similarly, unemployed community youth would want the collection of certain council taxes to be ceded to them: they remit little or nothing to council! In same state, there are countless uniformed and non-uniformed groups of ferocious fellows who lay ambush and hound motorists over traffic offences, traders for sundry compliance taxes, company vehicles for worthless stickers, etc.: these are usually youths to whom the government just had cede these portions of governance if there had to be peace in the state.

Officially in my state of birth, Rivers, the ministry of urban planning carries out the regulatory functions of its ministry through louts—not its personnel. These jobs are ceded to these louts—each group playing this role in their community, either because they were party faithful in their communities or as some sort of “Empowerment” or “Compensation”, as they say. These community youths must prevented from being restive over the expropriation of their local resources or pollution of their environment by government activities or to prevent them from defecting from the ruling party. But more importantly, the modus operandi of these youths is to violently exploit any ignorant or frustrated citizenry who could be non-compliant with the usually tortuous and remote urban planning regulations. They exact bribes from these ones in the streets and grant them summary permission to build while discouraging them from depositing the huge statutory taxes with the government ministry of urban planning. They would typically tell you, “Government no de reach here; na we dey ground: see us!” Since these citizens would usually pay far less to these “boys” than they would if they went through the tortuous, arduous, delaying and highly expensive ministry of urban planning, it would be too tempting to pay the boys in the street. As a result adequate town-planning in Rivers suffers a major set-back. The issue goes beyond the political leadership alone and reflects a smooth-running system sustained on mutual stakes of bargainers within the grand prebendal scheme which Nigeria constitutes. A seeker of political office or occupier of the same must be in tune with these trends or risk unpopularity or social and political instability or personal political failure.

Furthermore, for many ordinary citizens, election into political officers is big time business. These ones are well grounded local party men who are the grand mobilizers of their localities. They are ready to bear arms, spread false propaganda, mobilize their people with gifts from politicians and sometimes disenfranchise very objective and ordinary citizens within their communities. To these ones, no plausible debates on the merits of guided voting counts—only instant benefits. They continually exploit the office-seekers—giving them conditions and strategies for winning election in the localities, having well influenced the opinions of their people with gifts from the office seekers while also riding on their (the people’s) ignorance, greed, vested interests or helplessness. The office-seeker is compelled to comply or risk losing their elections.

Now why these trends? The answer finds explanation in the term, Prebendalism. In 1970, the military (Gowon, Murtala Mohammed, Obasanjo, Buhari) redefined governance in Nigeria from one characterized by local self-responsibility and active social contract between a resourceful people and their government to one where people were disempowered by the central expropriation of their resources—and political units became avenues for “Settling” these locally disenfranchised peoples everywhere in other to buy legitimacy for a Nigerian state which has flouted its very basis for unity by the very act of central administration. Governance therefore became defined by “Sharing and grabbing” as well as “Posturing to benefit” from wealth much of which was extraneous to local economies. Local economic capacities of the states created by the military became secondary in the states’ economic considerations and either served as prebends for local champions to take taxes and remit a part to their state governments which were certain to get statutory allocations from the center.

In this whole scheme, the forsaken are the mass of local people who do not come within this loop that determines the fate of the states. They remit taxes to government proxies but yet could never engage government in a social contract. Despite the fact that these masses yet anchor most of the productive activities in the state, they remain disempowered and abused even as the sum total of their remittances evaporate in racketeering within these states. The Government could only visit them by benevolence. These ones are the ones really short-changed, yet, broken as they are, they remain the only hope for a revolution since they do not benefit from the prebendal scheme. What remains to consider is how tenacious and unswerving they could be to see such a revolution through. 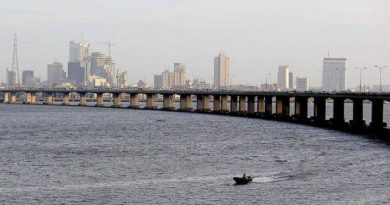 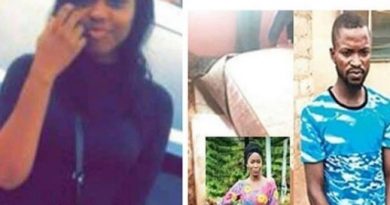 Dating Yahoo Boys Is The Fastest Way To Lose Your Life, Police PRO 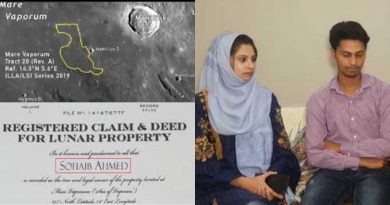