President Muhammadu Buhari on Saturday remained indoors inside his official residence, 24 hours after he returned to the country from a 49-day medical vacation.

Buhari returned to the country in the early hours of Friday from London, United Kingdom, where he had been on medical sojourn since January 19.

The President, who was conspicuously absent at the Jumat service held inside the mosque close to his office later in the day, has not been seen in public since then.

A source who monitored events at the Presidential Villa, Abuja, for a few hours on Saturday reported that Buhari remained indoors throughout the day.

“The President is indoors. He is spending time with his family members. You know he has been away for a long time. There is the need for them to catch up on some issues since he travelled,” a source said.

The Presidential Villa was devoid of heavy vehicular movement that always characterises the visits of prominent politicians and top government officials.

A security source said but for a few family members and close friends, Buhari has not been receiving visitors since he returned on Friday.

The President had shortly after returning to the country urged those who might be considering sending delegations to welcome him to stay back and continue to pray for the country.

His Special Adviser on Media and Publicity, Mr. Femi Adesina, had said the President would on Monday transmit a letter to the National Assembly formally informing the federal lawmakers of his return from vacation.

Some of the tasks to be attended to

The posting of the nation’s career ambassadors-designate.

There maybe cabinet reshufflement or overhaul. Ministers portfolio of Kogi and Gombe has not be filled.

The Minister of Environment, Amina Mohammed, who hails from Gombe, left the Federal Executive Council last month when she assumed duty as the Deputy Secretary-General of the United Nations.

It is pertinent that the President will entrusts and delegates more responsibilities to the Vice President, because of his performance, competence and loyalty, who served as Acting President while he was away.

The President will be more determined to remove those who interfere so that his administration can build on its recent giant strides.

Fayose Meets Soldiers at a Checkpoint, Narrates How He Ran Away From the Army (Photos) 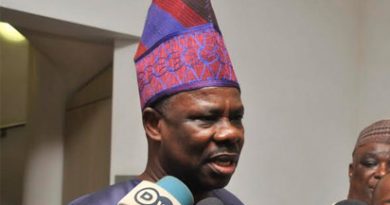