A Gulf-based billionaire is planning to smash the record for the most expensive Indian movie by splashing out $150 million to make a film of the Hindu epic “Mahabharata”.

The cost of producing the two-part extravaganza is set to dwarf that of “Baahubali”, which is India’s biggest budget film to date at around 4.5 billion rupees ($45 million).

“I believe that this film will not only set global benchmarks, but also reposition India and its prowess in mythological storytelling,” said businessman B. R. Shetty in a statement late Monday announcing the project.

“I am confident that this film will be adapted in over 100 languages and reach over 3 billion people across the world,” added the Indian billionaire, who lives in the United Arab Emirates.

Filming is due to start late next year with the first instalment set to hit screens in early 2020, the statement said. It will be released in several Indian languages and dubbed for foreign audiences as well.

The blockbuster, which will be directed by south Indian filmmaker V.A Shrikumar Menon, will be the latest retelling of the “Mahabharata”, an ancient Sanskrit story about a battle between feuding princes which includes the “Bhagavad Gita”.

It has had many screen adaptations, including a highly successful television series in the 1980s, and inspired a number of films.

The announcement comes before the release next week of the second and final instalment of “Baahubali”, a Telugu- and Tamil-language film featuring elaborate battle scenes.

The combined cost for the two parts was about $45 million. While budgets for Indian movies are rising they are still well short of those in Hollywood, where a blockbuster often costs more than $200 million to make.

Who is B R Shetty?

B R Shetty is based in UAE (United Arab Emirate). BR Shetty the No. 9 in the UAE richest list, he’s another self-made Indian expat, who has interests in healthcare and foreign exchange remittances.

Former pharma salesman B.R. Shetty immigrated to Abu Dhabi in 1972. He made a big splash last May with the acquisition of UK foreign exchange group Travelex Holdings for an estimated $1.6 billion together with Centurion, the investment arm of Saeed Bin Butti Al Qabaisi, his longtime business partner,” lists his profile.

“Shetty already owns the UAE Exchange, which handles over 10 per cent of all inward foreign remittances into India. His London-listed NMC Health is the UAE’s largest private health care firm. Other interests include generics firm Neopharma which is a contract manufacturer for Pfizer and Merck Serono.

Shetty also owns prized real estate such as an apartment on the 100th floor of Dubai’s Burj Khalifa, the world’s tallest building. He offered jobs at NMC to 46 Indian nurses who were stranded in Iraq’s Tikrit after militants seized it.” 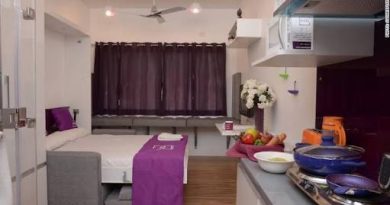 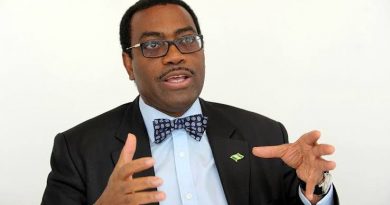 Adesina’s Ambitious Plan To Reduce Wage Bill On Africa’s Importation Of Food From Abroad Pitch Him Against US Interests, Experts Reveal (pic)