Real Madrid needs just a point from their game against Malaga to secure their first LaLiga title in five years. Juventus must take the maximum points In Turin versus Cordone and burst the bubble of Roma who had put their aspirations for a sixth successive Serie A title in question.

The game in Malaga will hold a very interesting spectacle in Catalan as the outcome determines whether Barcelona retains the LaLliga or settle for the second spot.

There is no other possible outcome than a Real Madrid’s win. They have too much in the arsenal to let this slip having fought all season to be in this situation. The Whites have too many winners in the pack to choke at the La Rosaleda stadium in Malaga.

It could end up being a ‘massacre’ if Cristiano Ronaldo is in one of his moods and decides to hold the game by the scruff of the neck. He has done that severally in the past and nothing motivates him more than this type of situation!

Turin giants, Juventus have the small matter of Cordone to attend to and thereby ensure a successful defense of their Seria A title. They have the luxury and opportunity of doing it a home in front of their teeming fans.

Brimming with undeniable quality, Masimilliano Alegri has winners in this Old Lady group. They are battle hardened and don’t slip up too often. Down to the last two games of the season and needing just three points to scale the      hurdle – Juventus is backed to do it and win their sixth consecutive league title!

In England; Arsenal, Liverpool and Manchester City are all battling for Champions League qualification. Out of the three, it is only Arsenal that will be looking for a favour from another club against the other two in order to qualify for Europe’s elite competition.

Many fans of the North London club will be keeping one eye on the match between Liverpool and Middleborough at Anfield. They will be hoping that somehow the poor home form of Liverpool against weaker oppositions will continue in their final and arguably most important match of the season.

Watford hosts Manchester City at Vicarage Road in a game that will be both emotional as well as celebratory.

Walter Mazzarri is leaving the club after he successfully defended the Premiership status of Watford. However, the feeling at Vicarage Road is that the club could have done better.

The Italian will be looking forward to his players sending him off with a win against Pep Guardiola’s Manchester City and in so doing, ensure that he exited on a high note.

Meanwhile both Liverpool and Manchester City have their fates squarely in their hands. All they need to do is win their games and they will be in the Champions League.

Arsenal on the other hand must win at the Emirates against Everton. This in itself is not a forgone conclusion looking back at the belaboured win against Sunderland the last time.

Everton unlike Sunderland have a proven scorer in Romelu Luka who can hurt any team on his day. Arsenal must cope with him while looking to put at least three past the Merseysiders to boost their goals aggregate should Manchester City stalls at Watford and Liverpool triumphs at Anfield.

Too much permutations in the case of Arsenal!

The Gunners will be playing in the second cadre of European championship next season. Maybe that won’t be a bad thing after all!

Click on this link for the glossy pictures and more 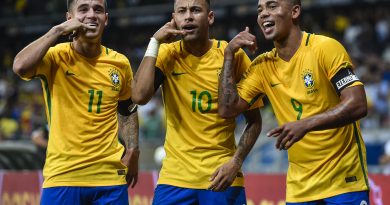 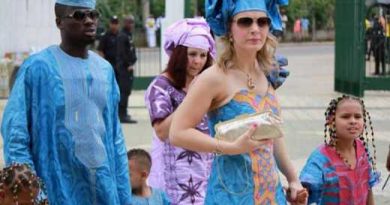 Why We Should Marry From Our Cultures, Emmanuel Eboue’s Story