Uhuru Kenyatta and Raila Odinga contested Presidential election two days ago. As the results started coming out and Uhuru ( the son of the foremost President Jomo Kenyatta and the incumbent President) is poised in winning the election, Ralia (72yrs old) has rejected the result. This is what happened in 2007 that led to blood shed of thousands of lives. Kenya just like Nigeria is polarised along ethnic lines and it rears its ugly head at election period.

Yoweseri Museveni had been the President of Uganda since 1986. He fought against the tyrannical governments of Idi Amin and Milton Obote. Since then he had foisted himself on Uganda. The western world supported him and he’s cruising on his third term after suspending the constitutional two terms limit. I’m sure he will go for fourth term. He’s the Alpha and Omega of the country.

Paul Kagame of Rwanda, a Tutsi was among the leaders that ended the genocidal war in Rwanda. Rwanda was engulfed in a civil war that ended in 1994 where more than 800,000 lost their lives.

Since 1994, Kagame had been the President of Rwanda. He just got a third term lifeline to rule for another 7 years. The western world had been silent pretending not to hear no evil, see no evil. The opposition party had complained about his autocratic style of governance but US and and its allies will not whimper.

Robert Mugabe has been President of Zimbabwe since 1980. He was a hero that spear headed the revolution that ended the white minority rule. He has become a villain because the western world had been on his throat to encourage participatory democracy. They have used all the tricks in their arsenals to force him out of power but the 94 yrs old man has been trudging on. Despite his failing health, his wife said even if he dies in office, his corpse will still contest election.

Muhammadu Buhari is a civil war hero. He fought along other young military officers to end the agitation for Biafra. He had served Nigeria at different levels of government in Nigeria. He has a reasonable measure of integrity compared to his gluttonous colleagues that served in the army.

He contested Presidential election in Nigeria four times before he won. He took over when the economy of Nigeria is at tenter hooks but because of his tardiness, the economy recessed. He has been unable to get grips of the economy because he refused to do the needful when necessary.

In recent times, Buhari has been battling with health issues that has taken him out of the country more than 4 times since he was sworn in. He has refused to resign but holding on to power un necessarily.

His foot soldiers has been urging him to hold on even at the risk of his life. Currently, he has been out of the country and holed up in God knows where in United Kingdom.

Once a while, they will show us a picture of him with some selected groups of people to the admiration of his supporters. His vice President at times travels abroad to receive briefings from him. We are being treated by tales of the moon light that our President is as fit as a fiddle. If he’s fit why has he not shown up at his desk in Abuja.

To add more to the insult, some ambitious and amphibious group of boot lickers and ass lickers are prepping the sickly President for elections in 2019.

There is no doubt, he has the constitutional right to contest. Some patriotic and selfless Nigerians could leave a lasting legacy by ensuring him to win in election in 2019 and even going a step further to amend the constitution to win a third time for him like Kagame and Museveni. Then our omnipotent President can even rule us on a sick bed in North Korea, Syria or any other friendly nation. The western nation like US will give him the bulwark support they gave him in 2015.

Welcome to Africa, a continent of boundless possibilities 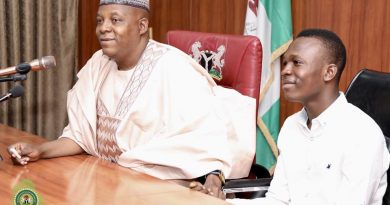 The Making Of Duduke Was Personal To Me, Simi Reveals (pics) 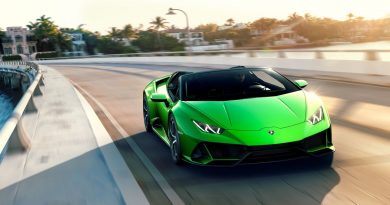