Late  Aare Ona Kakanfo, MKO Abiola and his wife , Kudirat died in the struggle to actualise the mandate freely given to them by Nigerian people in a general election
Sunday 15th of October marked a turning point with the announcement of 47 year old Ganiyu Adams by the Alaafin of Oyo, as the next Aare Ona Kakanfo of Yoruba land. The search for the next occupant of the exalted title came to an end.

I have been looking for a powerful article regarding the historical background on Aare Ona Kakanfo until I stumbled on this anonymous writer. He did a good job on it and I like to share it:

19 years after Abiola’s death, Yorubas are eagerly waiting for the manifestation of another Aare Ona Kakanfo.

Abiola was known to have held traditional titles from all the geo-political zones in the country and even beyond Nigeria. He achieved a rare feat of being the Basorun of Ibadanland and the Aare Ona Kakanfo of Yorubaland, holding the two titles simultaneously.
Not many have however thought about it that the beginning of the end was when Chief Moshood Abiola took the Aare Ona Kakanfo title.
Though it has been claimed in recent times that the title has become more or less ceremonial, traditionally, the Kakanfo is meant to be the head of the Eso’s (the Alaafin’s special military force) and the head of the Yoruba army. The title in those days was reserved for the greatest Yoruba tactician.
When Chief Samuel Ladoke Akintola became the occupant of the position decades after Aare Latoosa’s death during the Kiriji war, it was believed that the days when Kakanfos died in wars were over. The thought all over Yorubaland then was that Akintola’s dexterity and achievements as Minister and Premier of the Western Region earned him the title.

Characteristics of the Aare Ona Kakanfo
A peep into the spiritual responsibilities attached to the title probably explains why the late Olubadan of Ibadanland, Oba I.B Akinyele prayed in his book, Iwe Itan Ibadan that no Ibadan indigene should ever become the Aare Ona Kakanfo again.
Before taking office, Kakanfos of old were made to pass through rigorous spiritual exercises including shaving the head after which 201 incisions are made on the bald head with 201 different lancets. Specially prepared ingredients from 201 viols are rubbed into the cuts, one for each.
The incisions are mainly to make the Kakanfo fearless and courageous, hence the stubborn and obstinate nature of Aare Ona Kakanfos.
In the days of the Oyo Empire, Oyo indigenes or residents were never made Kakanfos because the Aare was not to give way to anyone, not even the Alaafin, if the need ever arose.
And by virtue of his office as the commander of the Alaafin’s army and that of the entire Yoruba nation, Kakanfos of old were required to go to war at least once in three years on the orders of the Alaafin, and the Kakanfo must return dead or alive within three months. In other words, he is to return home a victor or be brought home as a corpse.

A Jinxed Title?
So far, Yorubaland has had 14 Kakanfos namely Kokoro Gangan (Iwoye), Oyatope (Iwoye), Oyabi (Ajase), Adeta (Jabata), Oku (Jabata), Afonja (Ilorin), Toyeje (Ogbomoso), Edun (Gbogun), Amepo (Abemo), Kurumi (Ijaye), Ojo Aburumaku (son of Toyeje of Ogbomoso), Latoosa (Ibadan), Ladoke Akintola (Ogbomoso) and Moshood Abiola (Abeokuta).
Whether by coincidence or design, most of them were connected with turmoil that shook Yorubaland. Afonja L’aiya L’oko (the brave warrior with the spear) of Ilorin, Kurumi of Ijaye, Latoosa of Ibadan and Ladoke Akintola had their deaths connected to incidents involving change of government. Toyeje who could have been said to have had a good end suffered an ignominious treatment as Onikoyi, a provincial ruler created a parallel Aare Ona Kakanfo in person of Edun. As such, Toyeje had to cope with the existence of a rival Kakanfo and it was only in his time that Yorubaland had two Kakanfos.
The similar fates that befell past Kakanfos were obviously more than just coincidence. MKO Abiola’s immediate predecessor, Samuel Ladoke Akintola, the former Premier of the Western Region was shot dead on January 15, 1966 during a coup that marked the end of the First Republic. Armed soldiers had stormed his residence and like a true Kakanfo, Akintola did not give up without a fight. He opened fire and wounded some of the soldiers before he was eventually shot.
Yorubaland will never forget Iyanda Asubiaro Latoosa of the Oke Aare fame in Ibadan, Latoosa, Akintola’s predecessor died in the course of the 16-year Ekitiparapo War that shook the whole of Yorubaland. Ekitis and Ijesas came together with their allies and in a desperate battle to attain independence from Ibadan which held them under subjection for decades. After spending years on the war front on the hills of Imesi Kiriji, Latoosa died of a broken heart in 1885. Of course by the end of the Ekitiparapo War, the face of administration of Yorubaland changed, the Ibadan yoke was thrown off just as the British became the new masters.
Kurumi, the Aare who held sway in Ijaye paid dearly in the hands of the Ibadan army for insisting that Crown Prince Adelu should die with Alaafin Atiba, his father, according to the old order. His refusal to recognise Adelu as Alaafin led to his downfall as the Ibadan army had aligned with the “constitutional amendment” effected by Alaafin Atiba which enabled crown princes to succeed their fathers. After a two-year war, Ijaye was reduced by famine and the Aare eventually died a sad man having lost two of his sons in one of the battles. Till date, Ijaye has not fully recovered from the 1870s war. Most of the inhabitants fled to Abeokuta where they took refuge in a part of the town known then as Ago Ijaye. Many never returned as they adopted Abeokuta as home leaving Ijaye which was one of the main Yoruba towns then with the status far below the one it enjoyed in the days of old.
The case of Afonja of Ilorin was pathetic. At the zenith of his glory, he was the greatest and most powerful Yoruba ruler. His undoing was the invitation he extended to his Fulani priest to come and reside in Ilorin. It was only a matter of time before an insurrection was made against him; he eventually died by the hands of the Fulanis. With Afonja’s death came the transfer of power as Ilorin which was before then a Yoruba town went into the hands of the Fulanis. Like Ijaye, Ilorin changed; a town that was once ruled by an Aare came under the firm control of the Emir.
Those who believe the Aare Ona Kakanfo title is jinxed have traced the woes of subsequent Aares after Afonja to the curse placed on Afonja by Alaafin Aole.
Aole had ordered Afonja to embark on a suicide mission by attacking Iwere Ile, a town naturally fortified. The refusal of the Aare to carry out the orders of his sovereign led to distrust. With the help of Fulanis, Afonja instigated an attack that sacked Oyo. Before the Alaafin went to sleep eternally, however he pronounced some curses after which the Yoruba country never remained the same.
Though the title might have become ceremonial after the end of civil wars in Yorubaland, the change has probably not been effected in the spiritual realm.

… And Finally The Conspiracy Theory of Abiola’s Death!
It has been widely agreed that like most of his predecessors, the late Aare Ona Kakanfo did not die of natural causes, regardless of the autopsy report that did not spot any foul play. While the ‘tea’ hypothesis remains the most widespread, some Nigerians have come out to say Abiola was killed by the same forces that killed General Sani Abacha, on whose orders Abiola was detained.
That they died within 30 days of each other was more than a coincidence to many observers. The conclusion drawn by a vast majority is that “the two of them had to go since Nigeria was at a standstill for 4 years over Abiola’s refusal to surrender his mandate as well as Abacha’s ambition to transform into a civilian President”
Yorubas are eagerly waiting for the manifestation of another Aare Ona Kakanfo.
Who’s is next?

Meet Past Winners Of BBNaija & What They Are Doing Currently (pics) 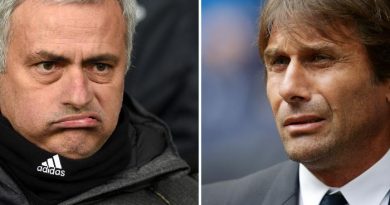 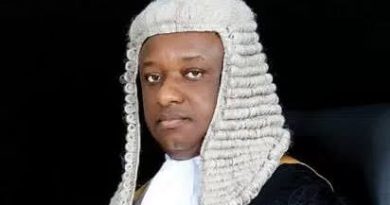 2 thoughts on “The Role & History of Past Aare Ona Kakanfo”