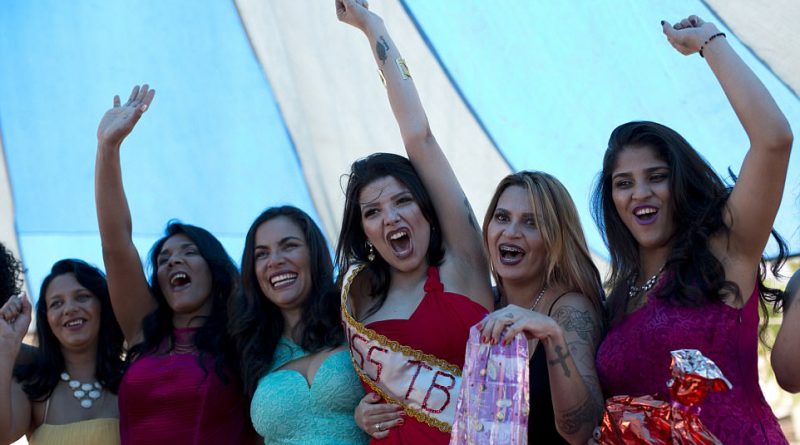 These are pictures taken from a beauty contest. Bevy of beautiful ladies took part in it. 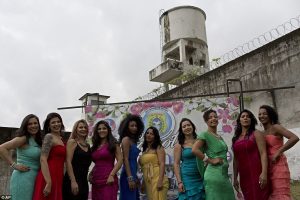 But this ain’t an ordinary and the usual beauty contest. The contest took place in a maximum prison. The contestants are convicted felons. Yes they are!

Yes you heard it right. A beauty pageant inside a jail. The prisoners were all smiles and walked confidently for the catwalk as they took part in it. It took place in Brazil, in a penitentiary cell Talavera Bruce Penitentiary in Rio De Janeiro. This is a prison notorious for riots and fights.

This is not the first time the maximum security women jail  organizes the beauty pageant.

The beauty pageant is put together by community and church groups looking to boost the self esteem of the women locked away in Brazil’s toughest female prison.

Once in a year they’re allowed to swap their prison uniforms for high heels and glamorous gowns as they hold a beauty pageant on the inside.

Ten prisoners struts the turf in evening gowns and lovely clothes in front of family and friends. Each had their hair and make up done by volunteers. The judge panel consist of a judge along with prison officials and Braziliian models and at times actress as host. Other inmates cheered them on.

This year’s Miss Talavera Bruce was 29-year-old Mayana Alves, who had seven arrest warrants when she was arrested in 2015 for cargo theft.

‘Everyone is very glad to be with their family, she said. ‘Walking the catwalk, I was nervous but happy at the same time. She added: ‘I just wish I had won my freedom as well and could my sash with me out of here.’

Last year’s winner Michelle Rangel, a 28-year-old drug trafficker, said: ‘During this moment, I don’t feel like I am in jail. My soul is freed.’ 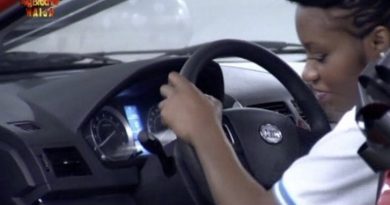