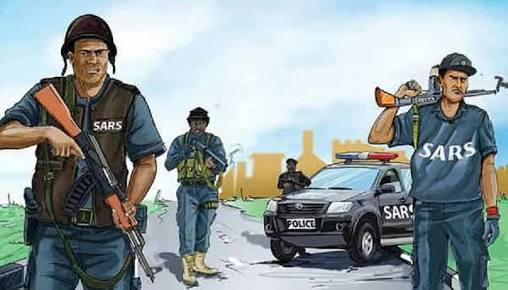 There have been a campaign on social media seeking that the Special Anti-Robbery Squad (SARS) should end, this happened after some of the operatives allegedly shot a young man dead in the Yaba area of the state.

The criticism followed a viral video which showed an angry mob chasing a black bus used by the operatives.

A Twitter user, Charley, had posted about the shooting on his handle @yabakid, but did not indicate the exact location in Yaba or the identity of the victim.

He wrote, “A SARS officer just shot a boy in the head right in front of me WTF! I’m so shocked!

“This happened in Yaba on Thursday right in my hood. They (SARS men) stole the phone of a ‘yahoo boy’ and shot another boy in the arm. The youth in the area mobilised and gave them a chase.”

Many Nigerians had taken to the Internet, expressing their experiences and those of their relations and friends in the hands of SARS across the country.

The protest was hinged on the #EndSARS campaign, an online petition to the National Assembly which had almost reached its 10,000 signatory targets as of 2pm on Sunday.

A poster, with the identification, Ayo FBI @PureMind, said a student of the Obafemi Awolowo University, Ile Ife, Osun State, who was the only son of his parents, was killed by SARS men.

He wrote, “In 2009, my mom’s friend’s son, Biodun, who was a student of OAU was going to Ibadan (Oyo State) from Ile Ife on the June 23 and was killed by SARS because they wanted to take him away and he resisted because he didn’t do anything. He was his mother’s only child. #EndSARS.”

A Twitter user, identified as Negro boss,@pmjovie, lamented that he was unlawfully detained for six months.

“Some years back, a popular artiste was killed by cultists in LASU and SARS packed all of us at a bar. We were released six months later. #EndSARS,” he said.

One Tessyama, @tescool, said he and his friends were robbed by SARS operatives about two years ago in a bar.

“Was it not SARS that robbed me and some friends in a bar two years ago? We thought they were robbers until the bar owner told us it’s SARS men and that’s how they frustrate them there (at the bar). #EndSARS,” he tweeted.

Another Nigerian, Moshood Alli, explained how he coughed up N40,000 for no offence.

He said, “SARS at Lagos VI intercepted my motorcycle, searched me, found nothing but school ID, claimed it was fake, accompanied me to my hotel room, found my phones and received N40,000 in payment via ATM. #EndSARS.” 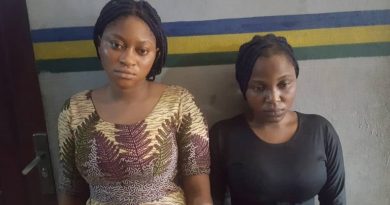 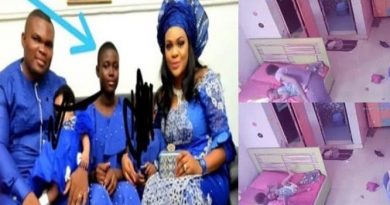