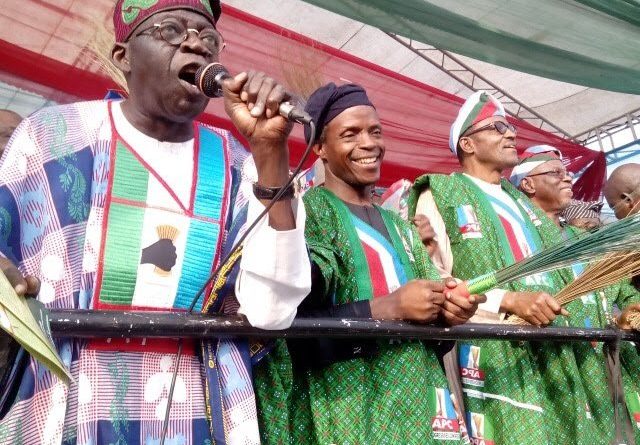 There is no how the history of how opposition rode to power in Nigeria will be told without the mention of Asiwaju Bola Tinubu. He did everything. He sacrificed everything. He was the target of ‘bad-belle’ people. He was tried. He was blackmailed.

What didn’t they do to him? This was despite the fact that he was not the one contesting the number one seat. He brought the convention to Lagos. GMB, now PMB, had no kobo to dole out to delegates. Tinubu came to his rescue. GMB won the primary election. Tinubu deployed his boys to the field. Buhari won the election. We were happy after inauguration, Cabal emerged. Their first target is to prevent Tinubu from ‘dominating’ things.

Together with some dissidents and SouthWest’s bastards, they succeeded. Those who Tinubu nurtured from gutter to stardom soon became his enemies because they had become close to the Presidency.

Buhari caused it. His speech during the inauguration said it all – I belong to nobody….To have their way, they blackmailed Tinubu again, saying that he wanted to install his loyalists as principal officers of the National Assembly. Surely, they had their way. Party supremacy was dumped into the dustbin.

Kogi election came. They were uncomfortable with the nomination of Tinubu’s loyalist- Abiodun Faleke as late Abubakar Audu’s running mate. Dino Melaye allegedly wanted it. Melaye had ‘decamped’ from Tinubu’s camp during the NASS leadership election. He was against anything Asiwaju but there was nothing he could do. They also knew Audu had a term to use. Then, few hours to the announcement of the election results, Audu died.

It was alleged that the result, which ought to have been announced, was delayed. Their thought: if it was announced, the running mate will become the beneficiary. Phone calls were allegedly put through to the INEC chairman and REC.

They were relieved with the support they got. They started planning. They took Yahaya Bello, who came a distant second in the APC primaries, to the cabal. This was the same Bello who was nowhere to be found during the APC campaign. This was the same Bello who was accused of financing the defeated Incumbent Idris Wada. Buhari heard them. And instead of the running mate to the deceased, Odigie Oyegun wrote INEC to inform them that Bello was the party’s replacement for Audu.
Everything became history. Few months after, Melaye, Clarence Olafemi and others fell out of favour with Bello. Only few days ago, Bello commissioned the first major project of his administration- his PERSONAL HOUSE, after close to two years in office. He has nothing to do to the security challenges facing the state. Every week, people are kidnapped in the state. Welcome to Kogi, a state governed by a 42-year old man.

In the build up to Edo election, the cabal, through Odigie Oyegun, tried. They supported Pius Odubu. But Oshiohmole was all Tinubu needed to thwart their efforts. Obaseki won the primary and went on to win the general election. Oyegun lost his unit and ward in that election.

Then the Ondo election. It was obvious Tinubu was not going to support Rotimi Akeredolu. The Cabal decided to rally round Akeredolu against Tinubu’s Olusegun Abraham. The primaries came, Akeredolu won, to the surprise of many political analysts. Tayo Alasoadura, Tunji Abayomi and others heaved sigh of relief, saying ‘Abo lowo Tinubu’.

Later, it was alleged that the delegates’ lists had been doctored. We would later see videos of fake delegates confessing how they were contacted for the job. Abraham, Olusola Oke, Ajayi Borrofice and others sought redress. The party assured that they were going to look into it. They sent Akeredolu’s name to INEC, against what they had promised other candidates.

Buhari would later come to Ondo to legalise the fraud by saying the primary that produced Akeredolu is the best in the history of the party. Akeredolu went on to win the election dubbed “dibo ko sebe’. Today, the people of Ondo are ENJOYING Akeredolu administration.
Then came the unfortunate death of Sen. Isiaka Adeleke which led to Osun West rerun. Rauf Aregbesola is Tinubu’s ‘soul’.

They wanted to get at Tinubu. They saw that as an opportunity. The cabal came but didn’t succeed. Though APC lost to PDP as some of APC loyalists played into their hands.

In Lagos, Tinubu’s old boy – Muiz Banire was contacted to lead the struggle. He was part of the Ondo plot that produced Akeredolu. He is the party national legal adviser. The Lagos LG election came. He cried foul against imposition, which he has always been a part of. There was nothing he didn’t do. Tinubu remained calm.

Banire’s threat couldn’t do anything. Election has come and gone. He must be regretting his action now.

In Ogun, Buhari’s number one in the South West, Ibikunle Amosun, is angry with Solomon Adeola Olamilekan because he is a ‘Lagos boy’. He has forgotten how Tinubu assisted him to become Ogun State Governor. He led the struggle against Tinubu in Ondo.

In Ekiti, Kayode Fayemi is leading the cabal against his benefactor. He has succeeded in cornering appointment for his loyalists. But he is afraid of declaring his intention to succeed Ayo Fayose. He was also part of the Ondo plot.

In Oyo, their ‘pointman’, unknown to them, is a bad market. Events in the coming months will reveal this much.

I had to digress this much to give a vivid account of what Tinubu has been made to face in the hands of those who benefited immensely from him. In fact there were plans to buy Yemi Osinbajo, Lai Mohammed, Abike Dabiri, Tunde Fowler and few others to their side. They didn’t succeed.

The APC is still without BoT. Many people, who complained about the indiscipline in the party, were suspended and expelled.

Timi Frank as a case study. There is no state where APC doesn’t have crisis. In Kaduna, it is Nasir el-Rufai and Shehu Sani. It is Abiola Ajimobi and Adebayo Shittu in Oyo. Abdullah Ganduje and Rabiu Kwankwaso are slugging it out in Kano.

Rotimi Akeredolu and majority party faithful are at loggerheads in Ondo. Yahaya Bello and Dino Melaye are not having it good in Kogi. Kayode Fayemi is against Segun Oni, Bimbo Daramola, Babafemi Ojudu in Ekiti State. And Oyegun is doing nothing. And the party is approaching election year.

Meanwhile, Tinubu had retreated. He had been badly injured politically. He needed time to restrategise. He was licking his wound. For the first time in this Fourth Republic, he stayed longer outside the shore of Nigeria. He was either in Chicago or with his friend in Guinea. In fact, he was opportune to assist a number of Africa’s presidents to power.

After laying his hands of information that Atiku Abubakar was leaving the party for PDP, Buhari invited Tinubu home. First for a book launch and second, for a trip to Ivory Coast. Now, he wants Tinubu by his side every now and then. For long, Tinubu’s appellation as APC national leader was removed. To them, he was not even South West leader, he was Lagos APC leader. Just few days after the defection of Atiku, many of them, including Buhari, began to call him ‘our leader.’

But it is all politics. But if I were Tinubu, I will negotiate well for my people. It’s all about who gets what, when and how.

Tinubu should not only ask Buhari for positions for his boys, he should ask for a level playing ground for his men to compete. Tinubu deserves more than what Buhari is offering.

Tinubu didn’t sacrifice his things because he wanted Buhari to defeat Goodluck Jonathan alone, he has people who can man strategic leadership positions and get results. He has done it before and we all saw what his boys are capable of doing. In the interest of the country, the Yoruba nation and his loyalists, Tinubu should negotiate well. I am afraid.

This Buhari can renege on an agreement after winning his second term. That is what he is concerned about now. 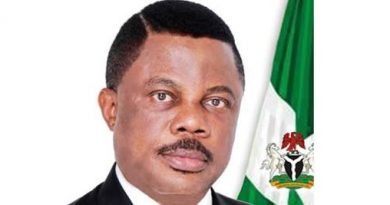 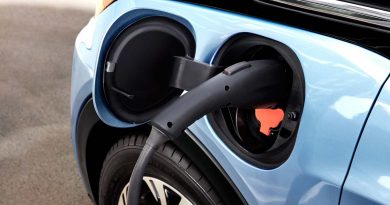 Evolution Of Electric Vehicle: How Prepared Is Nigeria?