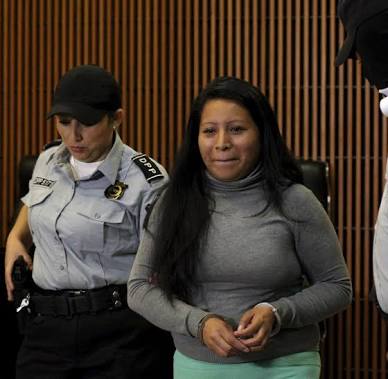 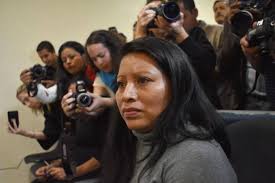 Judges in El Salvador have rejected an appeal against a 30-year prison sentence for a woman jailed under the country’s strict abortion laws.
Teodora Vásquez has already served 10 years in prison after her baby was found dead.
She says she is innocent and that she passed out after she called an ambulance because of abdominal pains and awoke to find her baby dead.

El Salvador is one of six countries where abortions are completely banned.
She was sentenced to 30 years in prison in 2008 for aggravated murder.

The punishment for abortion in El Salvador is up to eight years in jail but in many cases in which the foetus or newborn has died, the charge is changed to one of aggravated homicide, which carries a minimum sentence of 30 years.
Ms Vásquez’s was one of those cases.

Human rights groups have expressed concern at the fact that it is being heard by the same judges who sentenced her in 2008.
The court heard from two medical experts including a Guatemalan forensic scientist who said that the original autopsy of the newborn baby had been “inadequate”.
But the judges hearing the appeal decided to uphold the sentence.
Ms Vásquez’s family has been campaigning for her release with the help of pressure group Amnesty International.
Amnesty International’s El Salvador representative Ina Strøm, who was in the courtroom, said:
“The room was in tears when we heard the verdict. The family is devastated. This is such a tragedy and the injustice is beyond words. ”
“The judge referred to common sense when giving the verdict, which is another way of saying they will just ignore the evidence.
“As the lawyer pointed out, if someone is intending to kill their baby, they would not call 911 as Teodora did. ”
“Teodora suffered a stillbirth and should not be imprisoned.”

Teodora Vásquez’s supporters wept after they heard the court’s decision
While El Salvador is not alone in Latin America in having a total ban on abortions, the country is particularly strict in the way it enforces it.

Doctors have to inform the authorities if they think a woman has tried to end her pregnancy. If they fail to report such cases, they too could face long sentences in jail.
The result is what human rights groups are calling a criminalisation of miscarriages and medical emergencies, with more than 100 convicted of abortion-related crimes in El Salvador since 2000. 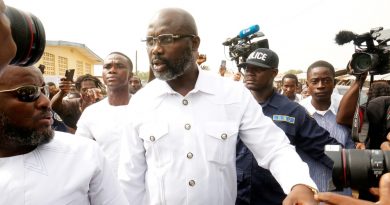