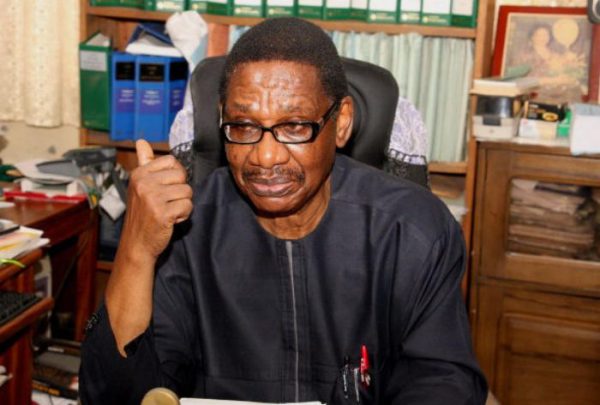 He described the critics as Lilliputians, saying they were idle minds complaining over nothing.

Sagay said the outrage amounts to making a mountain out of a molehill.

To him, the Presidency could not be genuinely faulted in the circumstance.

The professor of law said he was even angry with the Presidency for appearing to be apologetic over the development.

Sagay told our correspondent: “What I find irritating is the so-called outrage by the Nigerian elite that in a list of almost 3,000 people nominated for various agencies, five or six had died.

“And there is a general pretence by the Nigerian elite that it was of huge, monumental importance; that it shows incompetence and all that.

“I ask myself: a list that has been under compilation for over two years, revised and re-revised, do they expect that about 3,000 people would all still be alive after two years?

“If not, do they expect the Presidency to go knocking from door to door 24 hours before the announcement to ask who was dead or alive, or to ask if they would survive until the announcement? Are they supposed to have done that?

“So, the whole thing (criticisms) is extremely unreasonable.”

Sagay said the critics reminded him of Lilliput and Blefuscu, fictional island nations that appear in the first part of the 1726 novel, Gulliver’s Travel,by Jonathan Swift.

“In the book, the nations are inhabited by tiny people who are about one-twelfth the height of ordinary humans. They went to war. What did they go to war for?

“This gives the impression that the Nigerian elite are filled with Lilliputians, who quarrel over nothing and ignore major issues of importance. And I call this collective stupidity and idleness of the mind,” Sagay said.

“And I am very annoyed with the Presidency for looking apologetic over it. As I said, we’re talking about 3,000 people.

“At what stage should they be checking? Can they verify 3,000 names in 24 hours? Suppose they do it one week before announcement and someone died in-between? Is it their fault too?

“So, since nobody can guarantee life, out of 3,000 within two years, there is nothing unreasonable about that.

“Those vacancies will be filled, and Nigerians should stop quarrelling over nothing and start taking on more important things. They should not behave like idle minds.” 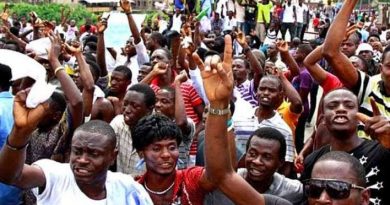 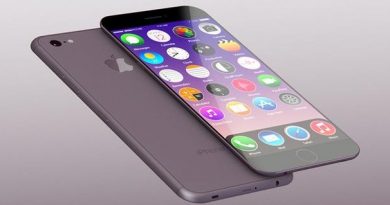 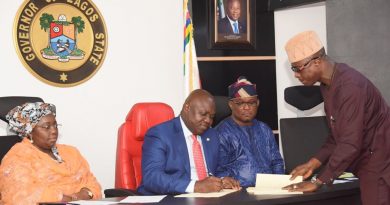 Election Postponement: Schools In Lagos Resume On Monday 18th, To Go On Break On Fri 22nd

One thought on “Buhar’s Critics Over Dead Men’s Appointment Are Lilliputians, Prof Sagay”