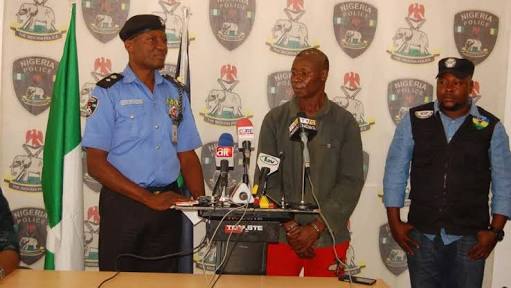 The police Force Headquarters, in Abuja, have paraded one of the masterminds and a senior member of the deadly cult group that massacred some innocent worshippers at Omoku, village Rivers State, on new year day January, I.

The suspect, Desmond Okotubo, 32, and father of three, hails from Egbenma in Onelga Local Government Area of Rivers State.

He said the group embarked on the deadly attack to avenge the arrest and humiliation of the mother of Don Waney, the deceased leader of the group and also the destruction of Waney’s property in the state, as well as to teach the vigilance group in the town a lesson for daring their leader.

Okotubo, who is now in custody of the police, however, revealed that their plan to attack the town was hatched at Owerri, Imo State, and that their real target was the members vigilante group.

He said they never planned to attack worshippers who had just closed form the cross over service, but somehow the operation just went wrong.

The suspect, who was paraded before newsmen, promised to help government fish out the rest member of the gang, even as he said he does not know if their late leader was being used by some politicians to cause trouble in the state.

He told journalists in an interview that “It was Don Waney that did it. We followed Don Waney and he has a group that he gave gun to shoot called “Red Squad”. I did not hold any gun and I don’t know about it but he has a group called red squad.

“Those red squad are from Imo and Rivers states and they are the ones that shoot and kill. I know those that shot and kill those people. In that party, I know many people that belong to the party.

“I followed them during the killing. When Don Waney got back, he stopped at Imo State, Awara, village and it was there everybody assembled before going to Omoku. I followed them to Omoku but they did not give me gun.

“Don Waney has a problem with the vigilante group because they arrested his mother and also destroyed his house and that is why he came back to revenge and kill those people at Omoku. I did not feel fine as they did not give me gun.”
Asked how and where he was arrested, he continued, “I was at Mpape, in Abuja, before I was arrested. I travelled to Owerri on December 28, and came back January, 3.

“We were not given money after the attack and nobody promised to give me money. We have over fifteen to twenty members in the gang.

I don’t have a position in the group, I am just a member all I do is to follow the executives of the gang.

“We have one Tuga, who is in charge of our armoury and we have over 20 guns and I am the only member of the gang living in Abuja. It was when I traveled for the Christmas that I was told Don Wayne was back and that he wanted to revenge for how they burnt his property and from there I met them at Owerri where all the red squad were gathered and he (Waney) shared the guns amongst them and after that, we proceeded to Awara, village and stayed there for sometime before traveling to Omoku, to kill. 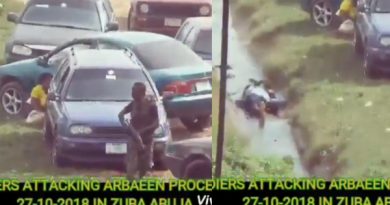 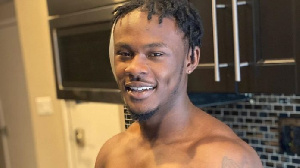 One thought on “Why We Killed Omoku Worshippers On Jan 1, Don Waney’s Deputy”