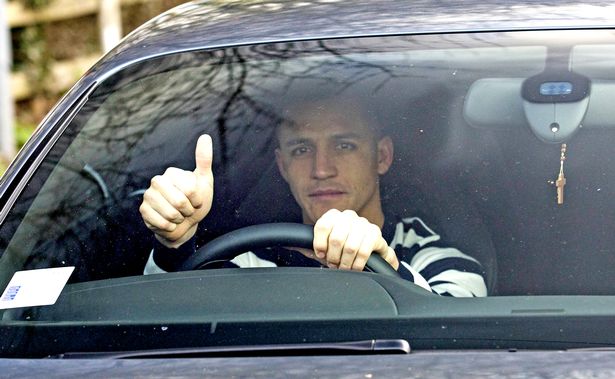 Alexis Sanchez’s transfer from Arsenal to Manchester United looks set to be complete in the coming hours or days.

The Chilean superstar has been widely linked with a move to Old Trafford over the past week, and we revealed on Wednesday that the 29-year-old has agreed to a four-and-a-half-year contract to earn £27 million per season with us.

Sanchez is in the final six months of his contract at Arsenal with no intention of signing a new deal.  Arsene Wenger has accepted the club’s fate and has therefore been prepared to sell his forward this month instead of losing him on a free transfer in the summer.

In exchange, Arsenal are set to receive Henrikh Mkhitaryan for the superstar.

And Alexis Sanchez may have left Arsenal’s training ground for the final time as the Mirror have this morning published the below photo of the Chilean driving out, giving a thumbs up to the photographers as a transfer to Manchester United seems imminent.

We have until midday today to officially sign and complete the paperwork for Sanchez to be available to face Burnley tomorrow.  Otherwise he could debut for us in next weekend’s FA Cup fourth round tie at Yeovil Town. 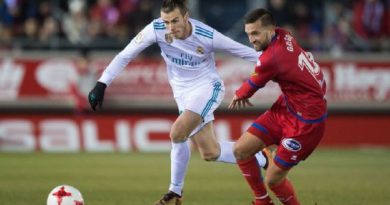