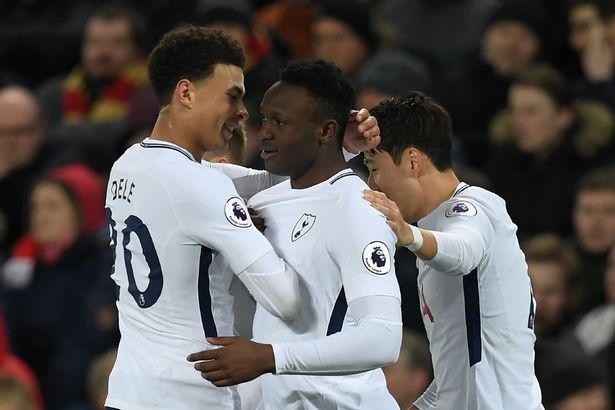 With Salah scoring so early in a first half strewn with Spurs errors, not least from Eric Dier and Davinson Sanchez, it seemed like another Anfield horror show was on the cards.

But whatever was said at half-time by Mauricio Pochettino seemed to do the trick as did his pushing Dele Alli further up the pitch. Tottenham were dominant in the second half, much closer to echoing the performance against Manchester United in the week.

From a team devoid of confidence in the first half to one bossing all the possession at Anfield, the home of recent sorrows, was some shift in psychology from the Spurs boss.

In seasons’ past Tottenham would have collapsed but they deserve plenty of credit for doing anything but at Liverpool while silencing a very noisy crowd.

Referee John Moss and his assistants played their part in getting the crowd’s noise up again and both managers and sets of fans had their own take on whether the decisions were right or wrong.

One decision that nobody questioned was Dele Alli’s yellow card for yet another dive although Pochettino tried his best to deflect it when I asked him about the dive after the game.

“In that moment I think it’s instinctive that you fall down, but ok the rule is to get a yellow card. Of course, nothing to say now. He made this and now we move on,” he said.

Spurs fans all seem to think it’s time Alli moved on from diving. Such a talented young player doesn’t need to do it.

The Spurs boss gets plenty of flak about his substitutions, how late he often leaves them and the impact they made, with the recent stat that his first 99 substitutions of the season brought just one goal and one assist from those players.

But his changes on Sunday made the difference in the end. Although few people would have expected Victor Wanyama to influence the game in the way he did.

Wanyama’s shooting ability it usually more harmful to pigeons and low-flying aircraft, but his strike at Anfield, cutting across the ball with power, was a rocket up there with the best Tottenham goals of recent seasons.

It was just reward for Spurs’ efforts in the second half and although Salah was able to dance his way through for what looked like a winner for the home side, there was still time for the other two substitutes to make an impact.

First Fernando Llorente headed the ball on with Erik Lamela getting to the ball in the box and going down under a challenge from Virgil van Dijk to earn the penalty that levelled the game.

The calls from the manager proved to be spot on in the second half.

Another big performance from Vertonghen

While others around him looked shaky during the first half in particular, Jan Vertonghen was once again imperious.

The central defender doesn’t get the credit he deserves from those outside the Tottenham sphere because he plays alongside his Belgian compatriot Toby Alderweireld, who gets all the plaudits.

In front of a big audience acrss the world though again against one of football’s bigger sides, Vertonghen was the epitome of calm among all the madness.

While his young team-mate Sanchez was nervy from the opening moments, Vertonghen pretty much almost looked like he knew exactly what to do as Liverpool players tried to close him down.

He made numerous important blocks, headers and tackles and was always presenting himself as a passing options when his team-mates were being closed down.

The Belgian turns 31 in two months’ time and he’s a mature head nowadays in the Spurs’ dressing room. His age is probably the only reason why he doesn’t get linked with Europe’s big boys, because he could play in any team in the world….but let’s not give them any ideas.

Pochettino was spot on. It takes some serious cojones to step in front of the Kop, minutes after missing a penalty, to take another one in the 95th minute of the game to try to rescue a point for your side. 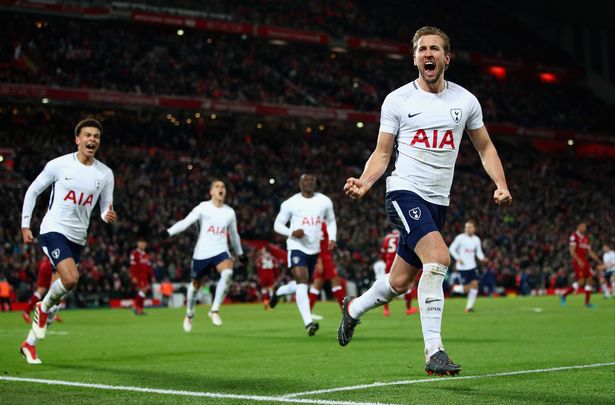 The entire single-tier stand was booing Harry Kane, but he buried the ball in the bottom right corner of the Liverpool net to register his 100th Premier League goal.

“He’s one of the best strikers. He was calm. He can miss a penalty or a chance, but he has the personality. To score 100 Premier League goals is because you have big, big balls. If not it’s so difficult,” said Pochettino.

What was more surprising was that Kane’s first penalty was so bad. The 24-year-old usually tucks them firmly into the corners so to send a weak, half-hearted effort down the middle was entirely out of keeping with his norm.

But Kane showed the spirit and mental side to his game that has elevated him into the top bracket of strikers in the world. To have reached 100 Premier League goals at his age is some achievement and you can’t help but feel this is just the beginning.

These were meant to be the ‘fixtures of death’ – the group of death’s cousin. Yet just like in the Champions League, Spurs are doing their own thing thus far.

Manchester United were tossed by the wayside on Wednesday night and the performance in the second half at Anfield defied the club’s Premier League history at the ground.

Back to back displays like that prove that Pochettino’s team is continuing to grow, able to focus on multiple major opponents only a few days apart.

You would expect a number of key men to get a rest though for the FA Cup replay against Newport at Wembley on Wednesday night ahead of the only Premier League north London derby to be played at the national stadium on Saturday.

Spurs are starting to feel at home at Wembley and it no longer feels like a neutral venue. They will approach both games full of confidence and players like Alderweireld, Danny Rose, Lamela, Llorente, Harry Winks and Serge Aurier could all get important minutes under their belt against the Welsh side in midweek.

Lucas Moura will not be able to play against Newport as he was not registered in time for the first game, but the Brazilian – with a week of Pochettino training in his legs – could very well be on the bench against Arsenal and that will only further boost the options available to Pochettino and the confidence running throughout his young team. 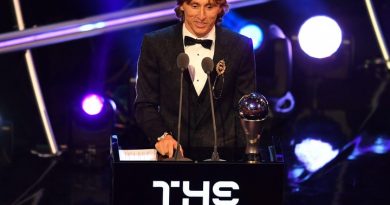 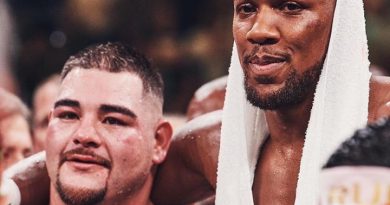 Confusion in Ahmed Musa's household as he takes another wife