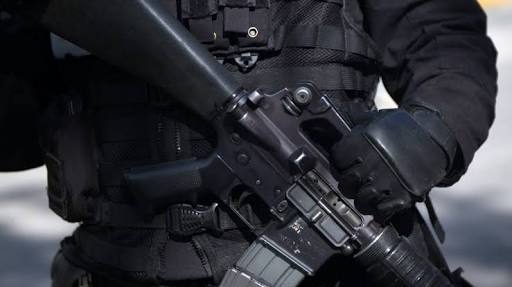 On a day in July 2017, I hired a former US law enforcement officer to buy an AK-47 assault rifle on my behalf. We were in McAllen, a city that sprawls across the Texas-Mexican border.

On the Mexican side, it is called Reynosa, and it’s home to a deadly war between the Gulf and Zeta drug cartels.

We had come to investigate the smuggling of American weapons across the border where they are driving a spiral of violence.

Two days later, it was handed over to my law enforcement contact in broad daylight in the busy car park of a filling station in exchange for $600. Neither seller nor buyer knew the other person’s identity.

My contact could have been a Mexican cartel member and “our” AK-47 was in effect untraceable.

This transaction was entirely legal under US laws – the very point that we were trying to make.

The connection between the easy availability of assault rifles and mass killings such as the Valentine’s Day massacre at Florida’s Marjory Stonemyan Douglas High School or the Las Vegas mass shooting is regularly made.

Man Beats His Pregnant Wife Into Coma, Removes Her Oxygen Mask Until She Died (pics)