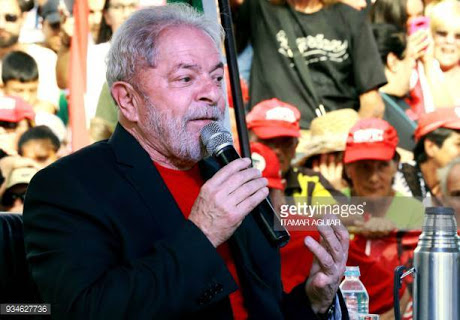 President Luiz Inacio Lula da Silva has been ordered to turn himself in by Friday afternoon to begin serving his 12 year sentence, after an appeals court authorized his immediate arrest on a conviction for graft.
The arrest warrant was issued by Brazilian federal Judge Sergio Moro on Thursday, a day after Supreme Federal Court (STF) dismissed Lula’s plea to remain free while he appeals the corruption conviction, which he dismisses as machinations by his political opponents.

According to the arrest order, Lula has until 5 pm local time Friday to turn himself to Federal Police in Curitiba. Apparently in order to avoid an escalation of tensions with Lula’s supporters, the federal judge barred authorities from using handcuffs on the former Brazilian president.

One of Brazil’s popular political figures, da Silva, simply known as Lula, was convicted of money laundering and of passive corruption last July, and was sentenced to nine years behind bars. An appeals court in January upheld Lula’s conviction and the court increased his sentence to 12 years. The latest developments would apparently block Lula’s re-election bid, despite strong public support.

Lula has strong public support and was widely expected to return to power politics, and even to win the upcoming October presidential elections as a candidate for Brazil’s Workers’ Party, according to the polls. The head of the Workers’ Party warned that jailing Lula will turn the nation into a “banana republic.”

“We consider this to be a political imprisonment, an imprisonment that will expose Brazil before the world,” said Gleisi Hoffmann, chairwoman of the Workers’ Party, according to AP. “We will become a banana republic.”

“The Brazilian people have the right to vote for Lula, the candidate of hope,” a Workers’ Party tweet said earlier. “The Workers’ Party will defend this candidacy on the streets and in every court until the last consequences.”

Throughout the whole ordeal, Lula has repeatedly denied any wrongdoing and declared himself a victim of political persecution. Speaking to Ecuador’s former president Rafael Correa on RT last month, Lula argued that corruption charges have become an “instrument in the moral and ethical fight against opponents.”

He said there was a massive media campaign against him and another former Brazilian president, Dilma Rousseff. “There is a conspiracy in Brazil between the media, the judiciary, the prosecution service and police,” said Lula. Arguing that it is in the best interest for his country to disentangle itself from the American influence, Lula told RT that a prosperous Brazil is not in Washington’s interests. 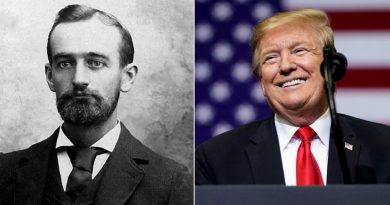 For The Records!! How Donald Trump’s Family Came To America From Germany (chronology with glossy pics) 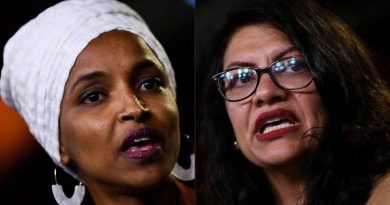