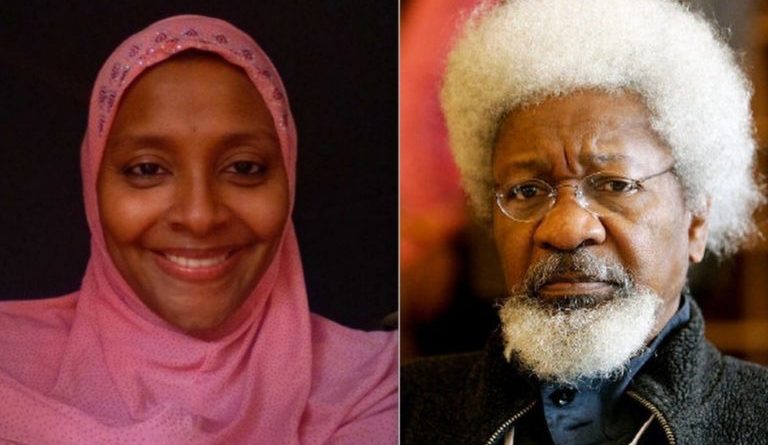 Gumsu Fatima Abacha has slammed Professor Wole Soyinka over a remark he made concerning her late father, General Sani Abacha.

While reacting to the recognition and honoring of Late Chief MKO Abiola, the winner of the June 12 1993 annulled election, Wole Soyinka praised President Buhari for the gesture but also gave him a word of advice. He said, “Dear Mr. President, you cannot honour Abiola in one breath and admire his tormentor in the same breath. So, as we have the Hall of Heroes in one hand, we also have the Hall of Shame as a lesson to future generations”.

Reacting to the statement by the professor, Gumsu Fatima Abacha lambasted him with claim that he hates her father.

“Wole soyinka oya na!!! Over to you!! Wicked old hawk …. your hate for my father shall kill you. Olori buruku mad cow” she wrote on Facebook.

Gumsu Abacha also shared a post by one Ajayi Temitope. Read below:

I love Professor Wole Soyinka. Who would not love such an extraordinarily ubiquitous and prodigious man. He is one of God’s special gifts to Nigeria.

He made an impassioned speech two days ago at the June 12 event in Abuja. That was the essential WS on song. Where I disagree with Prof. was at the point he said President Buhari can not honour MKO while at the same time be loyal or love his tormentor. A veiled reference to what Buhari said or didnt say about Late Gen. Sani Abacha.

Does Buhari have a right to love anyone he chooses to love? That is if he truly loves or loyal to Abacha. And is there anything wrong if he loved Abacha. Only few people possibly know the story of Abacha’s kindness to Buhari.

To deny Buhari the right to love anyone he chooses to love is to ‘thingify’ him ( apology to Professor Benedict Ibitokun). We would simply be reducing PMB to a robot or an inanimate object without feelings and emotions.

Aja N. Aja will remember the encounter with Mallam Yau Darazo, longtime associate of PMB and one his very close aides in September 2014 during the campaign. Darazo told us some details about the relationship between Buhari and Abacha.

After Buhari’s overthrow in 1985 he was detained for 3years by IBB. He was released almost into penury. He had to take into subsistence farming to support himself and his family with goodwill from his friends.

His benefits as a Two-Star General were not paid. His pension not paid by the Military. When Abacha became Head of State some of their mutual friends went to Abacha to tell him about the living condition of Buhari and the injustice of not paying his benefits and pension. Abacha was, reportedly, shocked to hear such and the level of deprivation. Abacha called Buhari, appealled and also apologized to him.

Abacha then approved the benefits and other special package for Buhari. Being a decent man, Buhari used his situation to also tell Abacha about the dire financial condition of Gen. Gowon and former President Shagari. He urged Abacha to do whatever he will do to cover the two former leaders.

That was the beginning of what we have today as Benefits to former Presidents which had been enacted into law by the National Assembly. Abacha approved the benefits to cover Buhari, Gowon, Shonekan and Shagari.

When Abacha eventually appointed him as Executive Chairman of PTF he didn’t take any salary because he said it would be unethical to draw benefits from two sources from same Federal Govt.

General Abdulsalami continued same practice for former leaders as approved by Late Abacha. President Obasanjo saw value in it and also continued until it was taken beyond just a Presidential magnanimity. It was taken to NASS as an Executive Bill and passed into law.

Given this relationship, it will be unfair to expect President Buhari to hate or publicly speak ill of Abacha regardless. What he said about Abacha was taken out of context. He simply said there were concrete things Abacha did with Nigeria’s money despite of his abysmally poor Human Rights records.

It is also not true that Buhari didn’t speak against June 12 annulment. He did. He actually said MKO must be allowed to enjoy his mandate. Senator Shehu Sani, who was the arrowhead of pro-democracy movement from the Northern axis alluded to same fact. 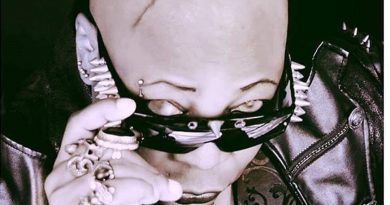 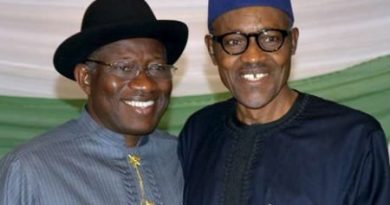 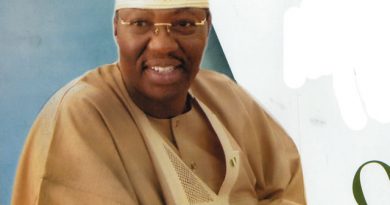