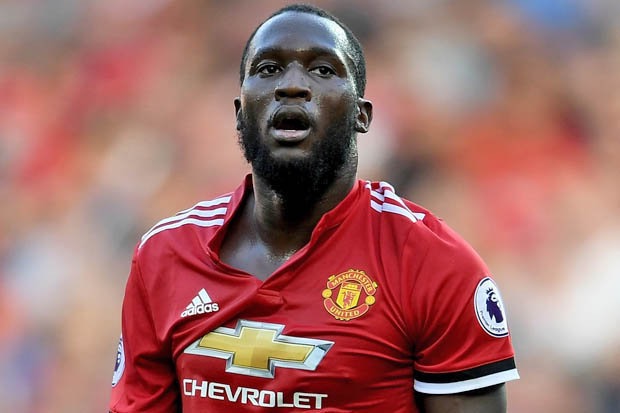 Romelu Lukaku, who is currently representing Belgium at the ongoing FIFA World Cup in Russia, has shared a very emotional story about his childhood and how his family lived in abject poverty.

In an interview with The Players Tribune, Lukaku talked about his struggle growing up as a black footballer in Belgium and how he vowed to be the best player ever in the country.

“I remember the exact moment I knew we were broke. I can still picture my mum at the refrigerator and the look on her face. I was six years old, and I came home for lunch during our break at school. My mum had the same thing on the menu every single day: Bread and milk. When you’re a kid, you don’t even think about it. But I guess that’s what we could afford.”

“Then this one day I came home, and I walked into the kitchen, and I saw my mum at the refrigerator with the box of milk, like normal. But this time she was mixing something in with it. She was shaking it all up, you know? I didn’t understand what was going on. Then she brought my lunch over to me, and she was smiling like everything was cool. But I realized right away what was going on.”

“She was mixing water in with the milk. We didn’t have enough money to make it last the whole week. We were broke. Not just poor, but broke. My father had been a pro footballer, but he was at the end of his career and the money was all gone. The first thing to go was the cable TV. No more football. No more Match of the Day. No signal. Then I’d come home at night and the lights would be shut off. No electricity for two, three weeks at a time.”

“Then I’d want to take a bath, and there would be no hot water. My mum would heat up a kettle on the stove, and I’d stand in the shower splashing the warm water on top of my head with a cup. There were even times when my mum had to “borrow” bread from the bakery down the street. The bakers knew me and my little brother, so they’d let her take a loaf of bread on Monday and pay them back on Friday.”

“I knew we were struggling. But when she was mixing in water with the milk, I realized it was over, you know what I mean? This was our life. I didn’t say a word. I didn’t want her to stress. I just ate my lunch. But I swear to God, I made a promise to myself that day. It was like somebody snapped their fingers and woke me up. I knew exactly what I had to do, and what I was going to do. I couldn’t see my mother living like that. Nah, nah, nah. I couldn’t have that.”

“People in football love to talk about mental strength. Well, I’m the strongest dude you’re ever going to meet. Because I remember sitting in the dark with my brother and my mom, saying our prayers, and thinking, believing, knowing … it’s going to happen. I kept my promise to myself for a while. But then some days I’d come home from school and find my mum crying. So I finally told her one day, “Mum, it’s gonna change. You’ll see. I’m going to play football for Anderlecht, and it’s going to happen soon. We’ll be good. You won’t have to worry anymore.”

“I wanted to be the best footballer in Belgian history. That was my goal. Not good. Not great. The best. I played with so much anger, because of a lot of things … because of the rats running around in our apartment … because I couldn’t watch the Champions League … because of how the other parents used to look at me. I was on a mission. When I was 12, I scored 76 goals in 34 games.”

“That was the craziest day of my life. But we have to back up for a minute. Because at the start of the season, I was barely playing for the Anderlecht U-19s. The coach had me coming off the bench. I’m like, “How the hell am I going to sign a pro contract on my 16th birthday if I’m still on the bench for the U-19s?”

“So I made a bet with our coach. I told him, “I’ll guarantee you something. If you actually play me, I’m going to score 25 goals by December.” He laughed. He literally laughed at me. He said, “O.K., but if you don’t score 25 by December, you’re going to the bench.” I said, “Fine, but if I win, you’re going to clean all the minivans that take the players home from training and one more thing. You have to make pancakes for us every day.” He said, “O.K., fine.” That was the dumbest bet that man ever made. I had 25 by November. We were eating pancakes before Christmas, bro.”

“I signed my pro contract with Anderlecht on my birthday, May 13. Went straight out and bought the new FIFA and a cable package. It was already the end of the season, so I was at home chilling. But the Belgian league was crazy that year, because Anderlecht and Standard Liege had finished tied on points. So there was a two-leg playoff to decide the title.”

“During the first leg, I’m at home watching on TV like a fan. Then the day before the second leg, I get a phone call from the coach of the reserves. We got off the bus at the stadium, and every single player walked in wearing a cool suit. Except me. I came off the bus wearing a terrible tracksuit, and all the TV cameras were right in my face. The walk to the locker room was like 300 meters. Maybe a three-minute walk. As soon as I put my foot in the locker room, my phone starts blowing up. Everybody had seen me on TV. I had 25 messages in three minutes. My friends were going crazy.”

“In the 63rd minute, the manager subbed me on. I ran out onto the field for Anderlecht at 16 years and 11 days old. We lost the final that day, but I was already in heaven. I made good on my promise to my mother and to my grandad. That was the moment I knew we were gonna be O.K.”

“The next season, I was still finishing up my last year of high school and playing in the Europa League at the same time. I used to have to take a big bag to school so I could catch a flight in the afternoon. We won the league by a mile, and I finished second for African Player of the Year. It was just … crazy.”

“I actually expected all that to happen, but maybe not so fast. All of sudden, the media was building me up, and putting all these expectations on me. Especially with the national team. For whatever reason, I just wasn’t playing well for Belgium. It wasn’t working out.”

“Now I’m about to play in another World Cup, and you know what? I’m going to remember to have fun this time. Life is too short for the stress and the drama. People can say whatever they want about our team, and about me.” 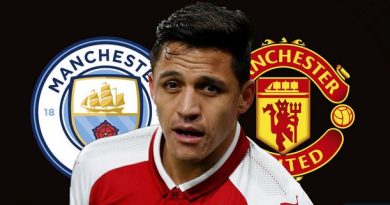 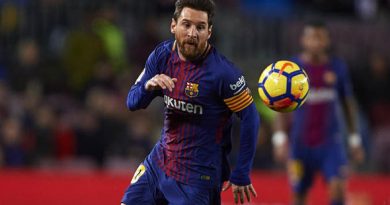