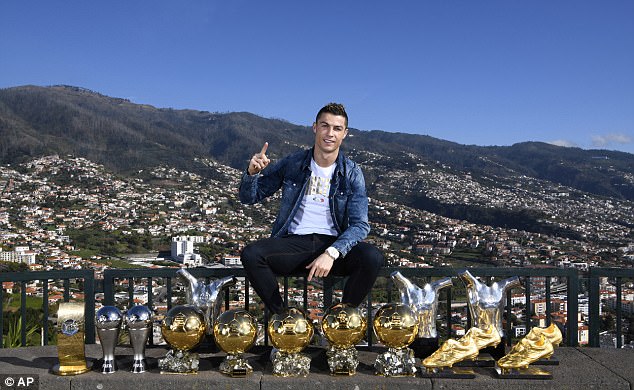 The Portugal forward, 33, agreed a four-year contract worth 30 million euros a year.

Asked Why He Decided To Join Juventus, Ronaldo Said:

“Juventus is one of the best clubs in the world, it was a long-thought out move, but it was an easy decision to join the best club in Italy and a very important step for my career.”

“Juventus have a great coach and a great president accustomed to winning. It was an easy decision to come here.”

“It’s a big challenge in my career, a lot of players my age choose to go elsewhere with all due respect. It makesme happy to play at such a big club, I‘m very grateful to Juventus for this opportunity.

“I prefer to think of me in the present tense. The present is clear, I enjoy football. I’m still rather young and I’ve always liked challenges in my life – from Sporting, Manchester, Real and now Juventus. It was a dream, not a career. I couldn’t really think of winning so many titles. This new challenge will be as good as the others.”

“I’m not sad actually. I am here because it is a new challenge for my career.

“It is a big club. Usually players of my age go to Qatar and China, with all due respect. To come to this club at this stage of my career I am very happy so I am very grateful to the club for this opportunity. 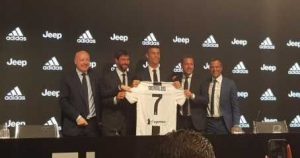 “I will work with my country and I will not turn my back on them. This is just one new step in my career.

“I know it’s a difficult and tactical championship. I like to have new experiences. I know it will be difficult but I’ve always had difficult challenges. I don’t like to sit down and look at my successes, I want to work hard for new successes.

“I believe in my football. I’m sure everything will be very successful. I will work hard and do my best. That’s why I’m calm and sure of myself.”

“It was a really stunning moment for me. Being welcomed this way is so rewarding. It increases your motivation to start a new adventure. I’m really grateful to these supporters for the way they welcomed me. I hope I can reward them when I play for them. Thanks to all the fans at the airport and here to welcome me.”

Asked about the possibility of winning the Champions League, Ronaldo said:

“We know competition will be harsh but we must stay concentrated. I hope I can help Juventus win it. They couldn’t win (last year) because even when you get tothe final nothing is written. I hope I can be the lucky star of this club but we will see what happens.”

“I want to win. Iwant to be the best. Who knows, maybe I will be awarded the Ballon d’Or again but things will happen naturally. It was difficult to win it in Manchester and Real Madrid, but maybe here? We will see.”

Asked about his rivalry with Leo Messi, Ronaldo said:

“Everyone fights for their own team, in the end we’ll look back and see who is the best.”

Cristiano Ronaldo on a potential return to his first club Sporting Lisbon: 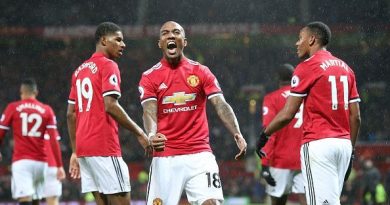 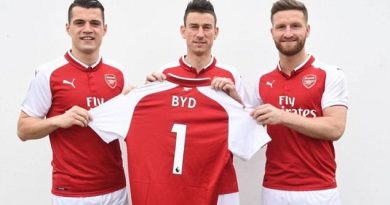 Find Out How Arsenal Fc Fall Victim To Embarassing Scam

See this spectacle of football fans forming a human pyramid