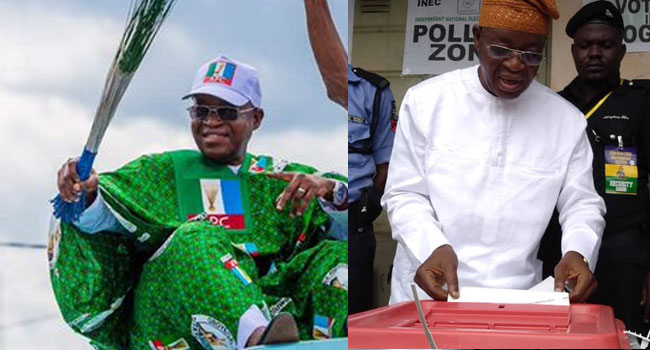 The Independent National Electoral Commission (INEC) has declared the candidate of the All Progressives Congress, Gboyega Oyetola, the winner of the Osun governorship election.

INEC declared Oyetola the winner of the poll after the supplementary election held in seven polling units on Thursday.

Oyetola had trailed the candidate of the Peoples Democratic Party, Ademola Adeleke, by 353 votes going into the supplementary election.

His votes from Thursday were however enough to help him overturn the deficit and be returned as winner of the keenly contested governorship election.

The final votes announced by the electoral body shows that Oyetola got 255,505 votes, while Adeleke secured 255,023 votes.

Keenly contested race
The Osun governorship race had opened smoothly on Saturday, September 22, carrying with it the tag of being a crucial election and a long list of candidates – 48 in all.

Beyond that, it is the biggest to poll to take place before the 2019 general election and many consider it as a much a test for INEC as it is for the parties that have hopes of changing the political landscape.

By Sunday evening, INEC had declared the poll inconclusive after the margin between the two top candidates was lower than the number of polling units were election did not hold or were cancelled.

Adeleke and his party, the PDP, were irked by the decision, stressing that he ought to have been declared the winner of the poll on account of his lead.

To ensure victory in the supplementary election, the APC and the PDP made efforts to secure the support Senator Iyiola Omisore, the candidate of the Social Democratic Party, who had the third highest number of votes.

Omisore eventually opted to support Oyetola and the APC.

The buildup to the supplementary election itself was more heated than the situation on Saturday with more arrests and allegations and counter allegations.

Reports of arrests, intimidation and the prevention of election observers from gaining access to polling units were among the first signs of trouble.

Gunshots will later force voters in Osogbo to scamper for safety before returning to continue voting.

At the end of the day, Oyetola got the votes needed to win. 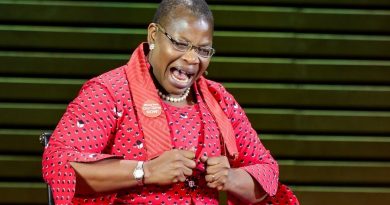 Oby Ezekwesili Deserves What She Gets With Buhari, Reno Omokri (pics) 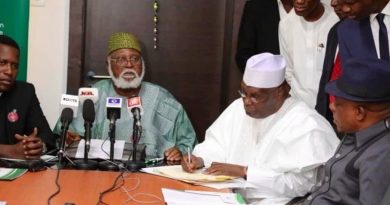