According to Agbaje, Alphabeta Consulting receives a particular — unknown — percentage of every dime Lagos earns in taxes and revenues, which he says is against international best practices.
“I could be here all day talking about Free Lagos. Let me start from the basic freedom of information Act, Lagos is still run like a closed shop, like a private company,” Agbaje told Channels TV on Sunday Politics.
“Lagos has refused to domesticate the freedom of information bill, so we don’t know what plays out in Lagos. So we are talking of freedom to have access to exactly how they are running our government.
“In the last 20 years, Lagos has spent some N7 trillion, and we are asking what have we got for N7 trillion? Are we getting value for money?
“Out of that N7 trillion, there is a private company that takes a percentage of that N7 trillion, and we are asking, for what purpose? There is private company fund collector, Alphabeta or whatever, collects that much.
“We don’t even know what the percentage is; it could be 12 percent, 10 percent, it could be 8 percent.”
When asked if the company was legal or not, he said “it is not about being legal, it is about being moral, because if you tell me that of every amount of money that Lagos spends, there is a private company that is collecting, and I am asking, that is taxpayers money, why should it be, to what purpose?”
“It is against standard practice because we don’t see what they are doing and we don’t even know what the percentage is, and I don’t see value for money, so its freedom from that.”

Speaking of his relationship with Bola Tinubu, a former governor of Lagos state and a strong godfather in the state, Agbaje said he has no feud with Tinubu.
He adds that Tinubu is his friend, but they disagree on principle and brands of democracy.
“There was never a feud, I think it is very wrong to say that there was a feud, there has never been a feud,” Agbaje added.
Asked if it was anger that made him leave Tinubu’s camp, he said “it wasn’t about anger, it was about principle, don’t forget that even after that, offers were given to me, it is not about that, it is about principles. I don’t have any feud with anybody”.
When asked if they are still friends, Agbaje said “yes, we were political associates, we were in the same camp, and in 2007, I felt the way democracy was being practiced by him was not the way I understood democracy to be practiced, so I took an option to opt out”.
Agbaje said traffic situation has gotten worse, waste management has been abandoned, and he called on Lagosians to choose between one man’s Lagos and the people’s Lagos. 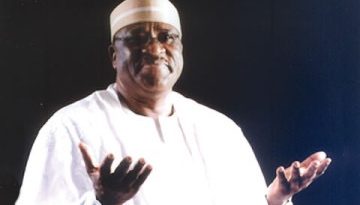 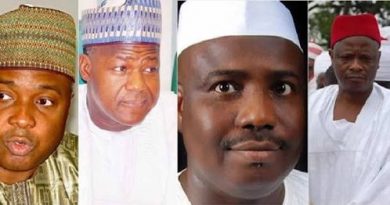 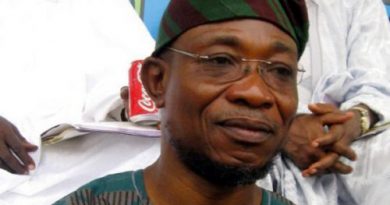 Revealed: Ambitious Aregbesola To Run A Parallel Group Leads To The Ban Of Mandate Group By Tinubu In Lagos