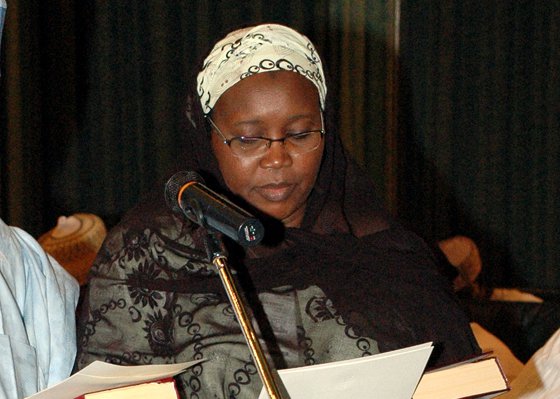 Nigeria’s opposition politicians and sections of the public are up against the Independent National Electoral Commission (INEC), following the appointment of a national commissioner, Amina Zakari, as the chairperson of the national collation centre for Nigeria’s coming presidential election.

INEC chairman, Mahmood Yakubu, announced Mrs. Zakari’s appointment on Thursday, sparking reactions from the opposition Peoples Democratic Party, the Allied Congress Party of Nigeria, the Coalition of United Political Parties and members of the public who have separately questioned the readiness of INEC for a credible poll.

The opposition to Mrs. Zakari’s appointment to head the collation centre at the International Conference Centre – where summing of results from the 36 states and the FCT and then return would be made – is hinged on the purported blood tie between her and President Muhammadu Buhari, the candidate of the All Progressives Congress.

“It is now quite obvious that the @inecnigeria Chairman is making decisions that cannot at all be INDEPENDENT,” tweeted Oby Ezekwesili of the ACPN Thursday night. “How in the world can @inecnigeria (appoint) Amina Zakari – niece of @MBuhari – as its Head of Collation Center? Are the INEC Chairman &President ready for the grave consequence?”

Both PDP and CUPP have equally called Mrs. Zakari “Buhari’s niece” and described her new appointment as “an outright manipulation” and a “plot by the INEC to rig the 2019 presidential election in favour of President Muhammadu Buhari.”

But what’s the truth? Is Amina Zakari Muhammadu Buhari’s niece?

Contrary to the claims by the opposition, there is no evidence that Mrs. Zakari is Mr. Buhari’s biological niece or that both persons share any blood tie.

The applicable relationship between the duo, however, as available evidence show, is that of a step-niece and a step-uncle. Both individuals are deeply close, having a relationship spanning several decades; in fact, all their lives!

Mrs. Zakari is a princess of Kazaure Emirate, Jigawa State. She was born in 1960 to the family of the late Emir of Kazaure, Husseini Adamu, also the father of the current Emir Najib Adamu and the current Minister for Water Resources, Suleiman Adamu.

However, Mrs. Zakari was no biological daughter of Mr. Buhari’s elder sister, but a stepdaughter. The elder Buhari raised Mrs. Zakari as well as his younger brother, the water resources minister, which then facilitated a deep, blood tie-like relationship between the two Kazaure royals and Mr. Buhari.

Mrs. Zakari, a pharmacist, was a lead consultant with Afri-Project Consortium, the defunct firm, then, handling Petroleum Trust Fund projects under Mr. Buhari as the head. Between 1994 and 1999, Mrs. Zakari was in charge of the PTF health projects.

Similarly, her minister brother, Mr. Adamu, was also with Mr. Buhari at the PTF through the Afri-Project Consortium. The new Emir of Kazaure, Najib, was also the legal adviser at the PTF while Mr Buhari was head of the Fund under the former dictator, Sani Abacha.

Mrs. Zakari was between 2004 and 2007 an assistant to President Olusegun Obasanjo, posted to the Federal Capital Territory Administration.

In 2011, she was appointed a national electoral commissioner, representing the northwest, by President Goodluck Jonathan of PDP.

When Attahiru Jega retired from INEC in 2015, the professor of political science who introduced the electronic accreditation process using PVC and smart card reader, handed over to Ahmed Wali.

The president would later appoint Mr. Yakubu as the substantive head of the electoral commission, buckling under public pressure.

At least two persons have told this newspaper Mr. Buhari recommended Mrs. Zakari for Mr. Jonathan to appoint as a national commissioner in 2011.

While it is not true that both the president and Mrs. Zakari share any blood tie, they have a deep relationship, which in many African family setting is as good in definition as biological relatives, even if it now appears more as a godfather-goddaughter relationship. 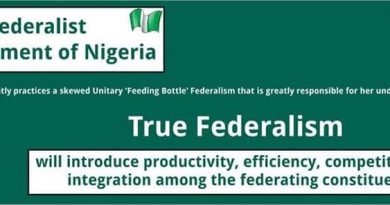 We Need To Rebuild This House Nigeria