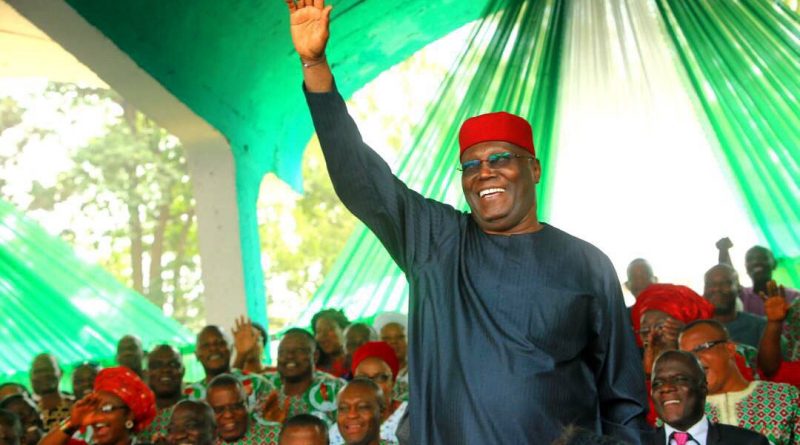 We are in election mode in Nigeria, and just like any nation of the world, there is going to be a lot of political bricbats from political actors. Nigeria cannot afford to be an exception, most especially when the two major leading contenders for the 2019 Presidential election were once political allies before they went their separate ways.

President Buhari and Alhaji Atiku Abubakar were in the same political camp APC in 2015, when they closed ranks to remove the incumbent President Goodluck Jonathan. Fast forward to 2019, Atiku has left APC and pitched his tent with the opposition party PDP, to contest for the office of the President.

An issue that has dominated the political discourse  in various campaign statements for a long time, was the inability of Alhaji Atiku Abubakar to visit United States for the past 12yrs.

In 2010, Atiku was allegedly involved in a bribery scandal involving a former US congressman William Jefferson, who is currently serving a 13-year sentence in jail. According to the Federal Bureau of Investigation, $90,000 in cash found in Jefferson’s freezer was intended for Atiku.

Mr Jefferson had told colleagues of his plans to bribe Atiku with as much as $500,000 in cash, in exchange for business favours in Nigeria.

The PDP presidential candidate had oft been criticised by the ruling All Progressives Congress of being corrupt and unable to measure up to their candidate, the incumbent President Muhammadu Buhari, whose bandied about reputation is one of squeaky clean integrity.

It has been a sticking point that Atiku’s political detractors have harped on. His less than stellar image further tainted by his inability to step into the US, one of Nigeria’s strong allies.

The former vice president had been prevented from entering the US due to the Proclamation 7750, that was signed by US President George W Bush in 2004 to suspend the entry of persons engaged in or benefiting from corruption.

Reprieve came the way of Atiku when he secured a US visiting visa last year. Atiku travelled and arrived at the Trump International Hotel on Thursday, January 17 2019. He spent two days meeting some select groups and members of US Chambers of Commerce. He returned back on the 19th to attend the National Presidential debate in Abuja.

Rumours and news filtered into the press that Atiku paid a lobbyist group Ballard Partners a sum of $1.1m, and part of the services rendered was to secure visa for Atiku.

In an article titled, “What does a $1.1million lobbying contract buy in Trumps Washington?” the publication run by Judd Legum, said, “Abubakar was formally barred from obtaining a visa pursuant to a presidential proclamation targeting corrupt foreign officials.”

“So Abubakar had a problem. His inability to enter the United States was becoming a drag on his campaign to be the next president of Nigeria.

“So he hired Brian Ballard.”

Ballard was a top fundraiser during Trump’s campaign, who “chaired the Trump Victory organization” in Florida and “lobbied on behalf of the Trump Organization in the state for more than a decade.”

But investigation shows that Ballard Partners was hired by PDP and not by Atiku Abubakar.

See the copy of the agreement below:

The other documents confirm PDP engaged the services of Ballard Partners on 21st of September 2018, while Atiku emerged the flag bearer of the party on 7th October 2018. Does it mean Atiku engage Ballard Partners before emerging the standard candidate of PDP?

This article wishes to set the record straight in the cacophony of political voices.

This is not the first time a political party will engage a foreign consultant firm to offer services in election related matters.

The ruling party engaged the services of David Axelrod, he was Obama’s chief campaign advisor during the race to the white house in 2008. When Obama became the president, he was appointed as a senior advisor to the president. In 2011, he resigned his position in the White house to become the Senior Strategist for Obama’s successful re-election campaign in 2012. Axelrod is the founder of AKPD Message and Media.

For the fact that the AKPD had helped to put the APC together and had helped to prepare the party as a very formidable opposition, there is no denying the fact that David Axelrod is indeed one of the heroes of Nigeria’s 2015 presidential election. One does not need to be a rocket scientist to know from where Buhari’s slogan of “Change” had come. After all, it’s not very different from the one that helped Obama to conquer the White House in 2008.

AKPD involvement with the APC became known to Nigerians when on 18 February 2014, the then Interim National Publicity Secretary, Alhaji Lai Mohammed, announced in a statement in Lagos that the party had engaged the AKPD Message and Media to boost its electoral chances in the February 2015 elections. 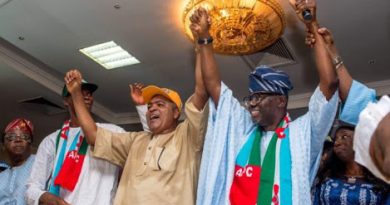 MMM Announces A Restart As IT Plans To Relaunch