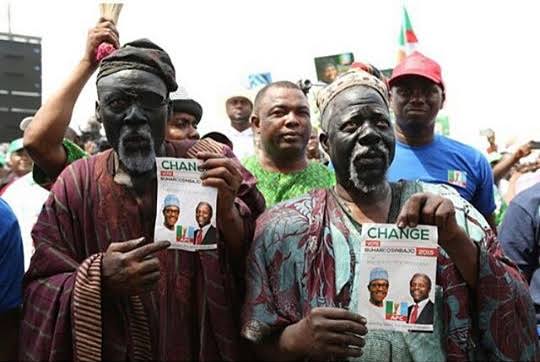 Top Yoruba actor , Ojo Arowosoge a.k.a Fadeyi Oloro, has been hospitalized at a general hospital in Lagos, over a strange illness.

Recall that Weeks ago, Baba Suwe sought help on his failing health, after he was diagnosed with chronic diabetes.

The Yoruba movie industry has now received another sad news as, a video of Fadeyi Oloro, critically ill has now surfaced online.

Fadeyi, who was quite popular in the 80s and 90s for his role as a herbalist in movies, especially with his trademark costume, has been hospitalized at Ile Epo General Hospital, Lagos and begging Nigerians for financial assistance.

Sometime ago, the veteran actor revealed that he will become a clergyman in the nearest future.

Fadeyi revealed this while campagining for president Buhari along some other popular Nollywood Stars in February.

Ladies These Are Signs You are a Side Chick