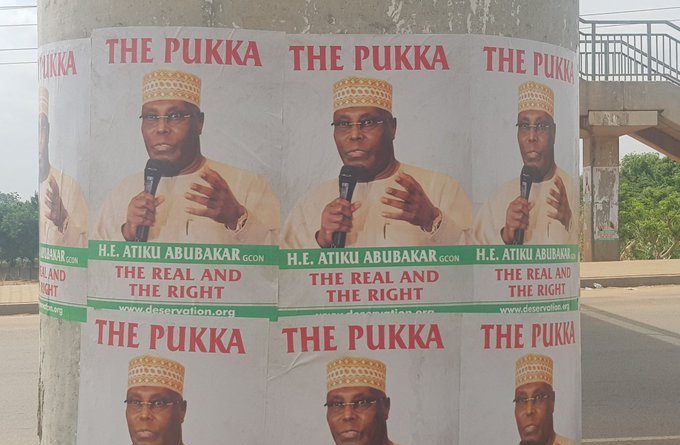 Fresh posters of the presidential candidate of Peoples Democratic Party, Alhaji Atiku Abubakar, with the inscriptions: ‘The real and the right’ yesterday surfaced in the streets of Abuja.

The posters, which also bore ‘Pukka’ a Hindi word, which literally means ‘Genuine’ emerged after a report on how Atiku allegedly enlisted the assistance of two cerebral lawyers in Washington DC, United States of America to lobby the American government for recognition as winner of the last presidential election.

Many of the posters were seen in the Central Business District within the Abuja city centre.

However, DAILY POST findings indicate that the posters were sponsored by an Adamawa-based political support group, the Atiku Deservation Movement. 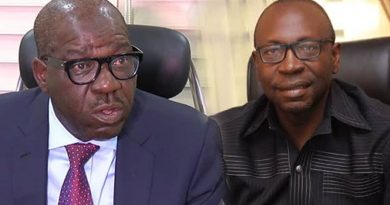 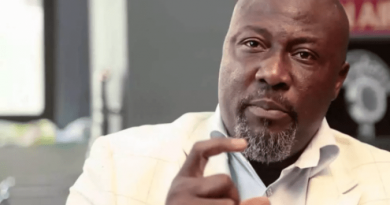 Dino Melaye’s Recall: I Came Out Because I Was Told Money Was Going To Be Shared, Lady (pics) 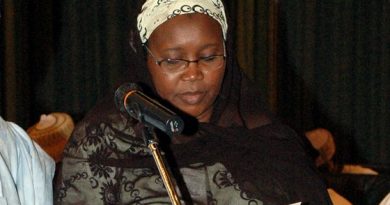