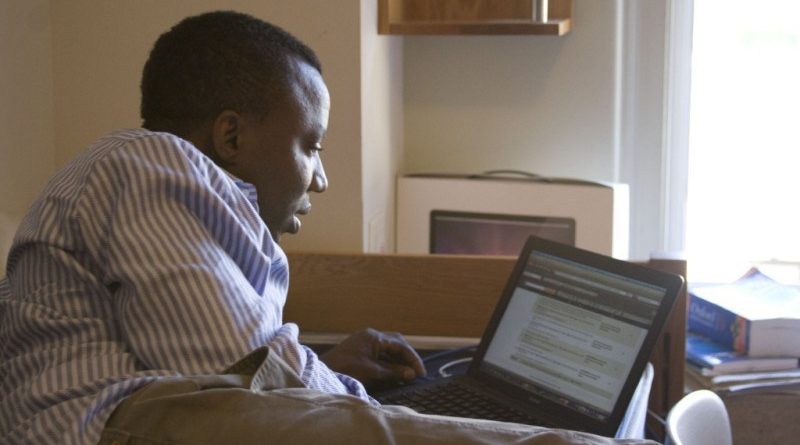 A tribute to Omoyele Sowore, the organizer of #RevolutionNow that was arrested in the middle of the night in his Lagos home to frustrate the planned nationwide protest scheduled to take place on 5th of August 2019

Omoyele Sowore, a fair-complexioned man with a round face, was having lunch – pounded yam and okra soup – at a packed and noisy African restaurant in the Bronx, New york, that Monday afternoon when one of his three mobile telephones rang.  As Mr. Sowore, a New-York-based blogger, journalist and activist, munched his meal, he spoke in low tones to the caller at the other end.

Mr. Sowore is the founder and chief reporter of one of sub-Saharan Africa’s most popular and feared websites.  A major story was unfolding in his native Nigeria that day and the caller – a “top confidential source within the ruling establishment ”  (he said at the time) had called to offer him a scoop.  “Are you saying he is being flown abroad tonight?  Who are those accompanying him?” Mr. Sowore asked, raising his voice a little above the din. Then he went quiet for a while, as he listened attentively to the informant’s response, his left hand pressing the phone to his left ear and his right hand making a rhythmic journey between his plate and his mouth. The call over, after about ten minutes, a smile sprouted from the edges of Sowore’s lips. He then cut short his lunch, (leaving behind a remnant of food) paid his bill and hurried to his car, a green Toyota Highlander, parked four blocks away. He flung open the trunk of the car and pulled out a backpack containing a white, internet-ready Mackintosh computer.

Standing by the front door of the car, his laptop placed on the driver’s seat, Mr. Sowore placed more calls to two other sources in Abuja, Nigeria’s capital. He then frenetically pounded out a news report announcing to the world that the Nigerian president, Musa Yar’Adua, had fallen terribly ill and was being rushed to a Saudi hospital. The report went live on Saharareporters.com at exactly 1p.m. – a full five hours before an official statement from the presidential villa announced the trip.  Mr. Sowore thus became the first to report the beginning of a journey from which Mr. Yar’Adua never returned. The president died on May 5, 2010.

Mr. Sowore’s distinctions are legion.  In the six years he has run his site, he has become Nigeria’s version of Julian Assange, the controversial Australian internet activist. His blog, SaharaReporter.com, is also as audacious as Assange’s WikiLeaks, a secret-spilling organization that publishes sensitive and classified documents that would have been otherwise unavailable to the public.  In fact, Philip Shenon, a former investigative reporter for The New York Times, and author of The Commission: The Uncensored History of the 9/11 Investigation, in an article for the Daily Beast, referred to SaharaReporters as Africa’s WikiLeaks. But while Assange scouts the entire world for sensitive and confidential documents, sharing them with his media partners such as The New York Times and The Guardian of London (with which e has since fallen out), and uploading them raw on his website, Mr. Sowore has made Nigeria his forte.

Operating from a cubicle in an expansive office he shares with another media organization in mid-Manhattan, New York, Mr. Sowore documents sordid details of corruption, misgovernance, scams, dishonesty and ineptitude by Nigerian government officials, institutions, corporations and individuals, fearlessly posting them on his website. He holds nothing back.

“Our mission is to do as much evidence-based reporting as possible. We want to make sure that we consistently shame and make life difficult for the thieves plundering Nigeria and holding down the country’s progress,” Mr. Sowore, who also teaches Modern African History at the City University of New York and Post Colonial African History at the School of Visual Arts, New York, said with a snort of disgust one recent Wednesday afternoon, as he worked on an article accusing Nigeria’s President Goodluck Jonathan of profligacy.

Mr. Jonathan was, at the time, on a three-day visit to New York to attend the United Nations General Assembly and Mr. Sowore was in possession of a four-page classified document containing the names of the 120-member delegation – which he described as obscene and wasteful – that accompanied the president from Nigeria.  The document clearly originated from the innermost circle of the president’s office and Mr. Sowore only stopped short of publishing it raw on his site out of concern for his sources who, he said, might be in danger.

Although, Mr. Sowore is based in New York, 5, 269 miles from Nigeria, he has become the nemesis of many a corrupt and inept official in his country. He has amassed a long list of trusted sources within Nigeria’s ruling establishment and its corporate world. And his website, in recent years, has become one of the most visited and trusted sources of news in the oil-rich West African nation.

Mr. Sowore moves around New York with a roller case containing an I-Pad, two Mackintosh laptops permanently hooked to the internet, three mobile phones, a T-Mobile line devoted to text messaging, a Verizon line for voice calls and another T-Mobile line exclusively for international calls.  “I’m like a doctor. I get a lot of emergency calls, and an average of 30 calls a day from my sources in Nigeria and other parts of the world,” he said one recent Friday evening as he drove out of a parking lot in Manhattan.

He also has a backpack containing a canon rebel camera for still photography, a Panasonic Lumix camcorder, an extra pair of clothing and some toiletries, in case he is not able to make it back to his New Jersey home as the result of a breaking story.

With these simple tools, the blogger has broken a large number of major stories that have made a huge impact on his country of 150 million people, including bringing down some highly placed government officials. “The fear of SaharaReporters is the beginning of wisdom for corrupt officials in Nigeria and the joke in the country is that politicians, public office holders, security officials, corporate giants and other well placed individuals do not go to bed without checking SaharaReporters,” Bukola Oreofe, a New York-based pro-democracy activist, who has followed the site from its inception, said. “And when they wake up in the morning, they also rush to check whether SaharaReporters has published their indiscretions or exposed their hidden skeletons.”

From presidents to state governors, senators to ministers, and businessmen to anti-corruption operatives, Sowore’s website has exposed and disgraced more than a few public officials. He has also consistently criticized successive administrations in the country. It was SaharaReporters, which consistently published the accounts of the corrupt acts of a former Nigerian Justice Minister, Mike Aondoakaa, until the Barack Obama administration could tolerate the official no more. His U.S. visa was cancelled and he and his family were barred from entering the United States.  For years, Sowore beamed his searchlight on James Ibori, a powerful state Governor of the oil-rich Delta State and steadily assailed the Nigerian government with embarrassing information of his alleged plunder of state resources, including allegedly stealing of $100 million from the coffers of a state he had ruled for eight years. The former governor escaped to Dubai when the government moved to prosecute him, after it could no longer ignore the continuing, and disturbing reports on him. He was later arrested in Dubai and extradited to London where he is facing charges for corruption.

SaharaReporters forced an associate of Mr. Ibori, Emmanuel Enaboifo, out of his exalted position as finance director of a bi-national commission that oversees the oil-rich zone owned by Nigeria and Sao Tome & Principe.  No sooner had the Nigerian president appointed Mr. Enaboifo to the post than Sowore unmasked him as a fugitive who fled the United States, after a U.S. District Court convicted him of bank fraud.  Two weeks after the publication, Mr. Enaboifo stepped down. Earlier in January 2008, the site exposed Iyabo Obasanjo-Bello, a former senator and daughter of former President Olusegun Obasanjo, as a hunted fugitive wanted in the U.S. over a child custody case. Even former Nigeria’s anti-corruption chief, Farida Waziri, did not escape Mr. Sowore’s scrutiny. In several articles, mostly backed by documentation, he accused her of pilfering her agency’s funds and receiving bribes from governors and ministers, in exchange for ignoring their own looting of public funds.

Nigeria, OPEC’s sixth largest producer of crude and one of America’s top suppliers of oil, is Africa’s most populous country and the world’s most populous black nation. Although it has enormous oil resources, earning about $25 billion a year, according to the Revenue Watch Institute, it remains among the poorest countries in the world, ranking 158th out of the 182 countries rated in the United Nation’s most recent Human Development Index. Corruption is rife, with a huge chunk of the country’s revenue routinely stolen by corrupt administration officials and their collaborators in the corporate world. Unemployment is skyrocketing. Basic infrastructures have broken down. And the country’s elections are perpetually flawed, its leaders often lacking legitimacy.

“Sowore is angry at a Nigerian nation that has huge potential for success but has remained largely underdeveloped even after its golden jubilee anniversary as a sovereign state,” Shola Oshunkeye, an editor with Nigeria’s Sun newspapers, said during a recent visit to New York. “As a result of his anger, Sowore is usually restless and applies no breaks in pushing to the public domain any information that could expose the ineptitude, insincerity, corruption and wheeling-dealing tendencies of the country’s public officials.” 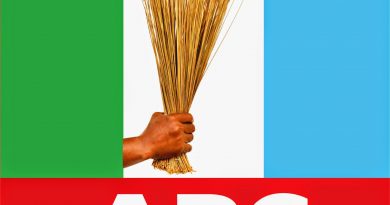 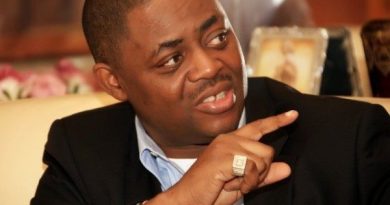 Jagaban, Buhari Used & Dumped You, Turned You A Traitor Against Yoruba’s Interest 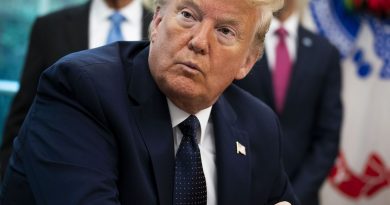