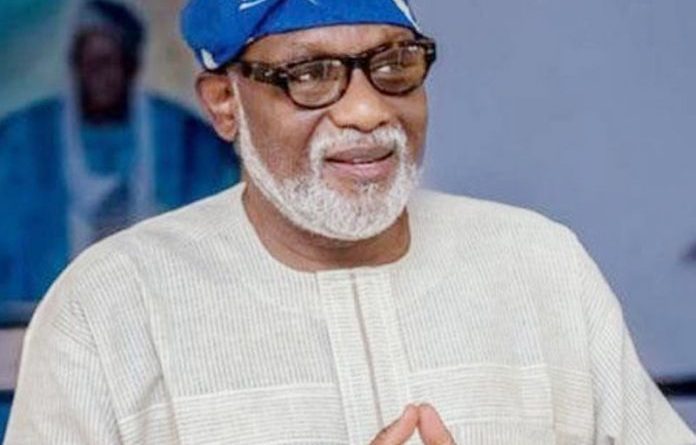 It’s only an Emperor can order the state Commissioner of Police to stop his Deputy from leaving government premises. This is the drama that played out when the Deputy Governor to Governor Akeredolu, Agboola Ajayi wanted to leave government’s lodge at Alagabaka house in Akure, capital of Ondo state, despite the fact that both enjoy immunity under our constitution

The deputy governor was billed to pick membership card of the opposition Peoples Democratic Party (PDP) at his Kiribo Ward in Eseodo Local Government area of the state Sunday (today) while official declaration had been scheduled to hold Monday at the party secretariat, Akure.

Also, the deputy governor was reported to be preparing to obtain Nomination and Expression of interest forms to contest the governorship primary of the PDP.

The action of the security men against the deputy governor at the entrance of the Government House reached a climax with the arrival of the State Commissioner of Police, Mr Mr Bolaji Salami, which led to exchange of hot words between the police boss and the deputy governor.

Hours before the scene that involved the deputy governor, one of his aides was prevented by security men from moving some property suspected to belong to the government out of the Government House but which the aide claimed were personal.

Spokespersons of both the government and the deputy governor confirmed that the movement of the property and vehicles were preparatory to the defection of Ajayi to the PDP.

THISDAY gathered that the Commissioner of Police was invited when Ajayi rejected explanation by the Chief Security Officer (CSO) that he could not go out of the Government House with government vehicles.

The CSO was said to have told the deputy governor to come back on Sunday to move his things because it was late as government property had to be separated from those owned by him including vehicles.

However, Ajayi who was flanked by two members of the House of Assembly, Mr Festus Akingbaso and Rasheed Elegbeleye, insisted that he would not leave the gate back to his official quarters unless they allow him to remove his official and personal vehicles out of the government’s house.

Ajayi said he wanted to remove his official vehicles out of the government’s house because he no longer feels secured in the premises.

According to him, suspected political thugs have been detailed to attack him and vandalise his property at the Government House once he declared for the rival political party.

Ajayi however, got angry when the police commissioner said the deputy governor could go out but not with official vehicles.

The police commissioner said: “We are not saying you should not go out. Since you are defecting, even your letter was brought to me in my office this evening that you are doing it (decamping) on Monday. What government is saying is that you cannot go out with official vehicles

Hearing this the angry deputy governor said: “Are you not a police officer, a senior security officer. If I am leaving a political party, what is your concern about that. Are you an APC chairman. Are you the PDP chairman. Do you know how many hours I have spent here?

“I don’t understand, that I cannot move with vehicles officially attached to me. I personally paid for this vehicle (referring one of the vehicle) not even government, may be you don’t know.

“That is the reason why you should not have put yourself in this mess, it is totally a mess now. Why will the police be used for God sake. My brother, let me tell you, you people cannot repeat what happened in 1983 in Ondo State again. And it is unfortunate that they want to use the police to cause this. Ondo State people will resist you with everything with your emperor.”

Reacting on the issue, the Chief Press Secretary to the Governor, Mr Segun Ajibiye, said the position of the government on the matter was clear.

Ajibiye told THISDAY that nobody said the deputy governor could not go out.

“What the governor said was that he cannot go out of the Government House at that hour. It was around 12 midnight.

“What the government said was that inventory of everything in Government House must be taken to separate personal property from government owned.

“The man was told that he should come.back the following day (Sunday) to move his belongings. Government property has a manager, who will account for everything.”

He said: “Reports of alleged looting by some officials reportedly attached to the Office of the Deputy Governor have been noted with serious concern and attention given to same.

“Governor Oluwarotimi Odunayo Akeredolu, SAN, while commending the security agents whose vigilance prevented the carting away of government property from the Government House under a spurious guise, has equally called for calm and more vigilance by all and sundry.

“While the Governor takes no delight in breaching the personal freedom and liberty of all individuals, it is pertinent to ensure that Government stems and possibly, halts needless sabotage of government business as well as pernicious acts capable of creating a breach of public peace.

“In this regard, much as individuals, groups, or group of persons within the limits of their personal liberties and freedom are entitled to exercise their rights to every manner of legitimate endeavour, government shall not shy away from protecting public property under its watch.

“Nonetheless, Governor Akeredolu enjoins security agents attached to the Government House to ensure they carry out a thorough and dispassionate discharge of their assigned duties and responsibilities,” Ajiboye said. 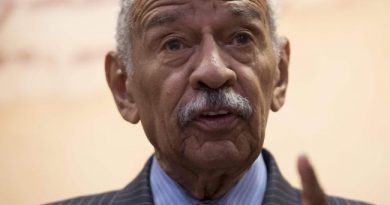 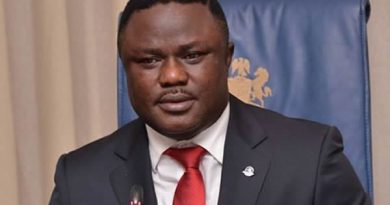 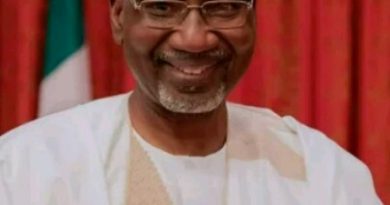