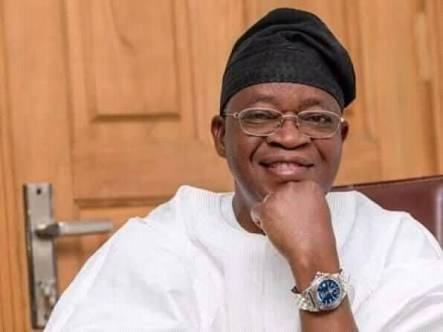 In the last two years or so, Osun has joined states in Nigeria that have become guinea pigs of the futility of godfatherism in Nigerian politics. Akwa-Ibom, Enugu, and of recent, Edo States had been predecessors of that experiment. In all of them, the tested hypothesis was whether a predecessor who seeks to morph into a tin god, literally reincarnating for another term in office, even when his term had ended, would meet his political waterloo or continue to be a mascot. Those states confirmed the first hypothesis.

Questions have been asked on why political barons seek to be godfathers. A few answers will suffice. One is what I call the Kabiyesi mentality. Because in traditional Africa, kings’ terms don’t expire and executive positions, with their untrammeled powers and majesty, can be likened to an African monarchy in the awesome powers they wield, the urge for political barons to elasticise their hold on power, even when constitutional powers restrict them to terms of office, is very huge.

The second is the huge skeletons that predecessors always keep in their wardrobes which they want buried from people’s gaze. By getting pliable successors and keeping them permanently under the soles of their shoes, predecessors continually keep their skeletons off the radar. Skeletons in this regard are stolen patrimony, abuse of power while in office and the thirst to continue to dictate the barometer and temperature of power, even out of power.

From all intent and purposes, Rauf Aregbesola, incumbent Minister of Interior and former governor of Osun State, desires or desired to do all the above. While in office for eight years, Aregbesola ruled Osun like an emperor and in the guise of being against-method, literally ruined the state with his despotism and arrogant disposition to power. In Adegboyega Oyetola, his successor, whom he thought he had found a plasticine bendable at wills, he met his political waterloo. From his two-year fare in office, Oyetola had proven to be a man of his own mind, detracting from the iron hands of the Aregbesola years and evading the calamitous policies the man who nicknamed self Oranminyan enunciated that have kept Osun in a limbo. Oyetola pays workers their full salaries, abolished the obnoxious single uniform for all primary and secondary school students in the state and restored the original names of all schools which Aregbesola had named after his whim, caprice and fancy. The people are happy with him, I found out.

This departure from the past by Oyetola has seen Osun tailspinning into political unease in the last two years. Though he and the governor are from the same party, the All Progressives Congress (APC), the party has bifurcated into two rumps – the Aregbesola and Oyetola groups. Occasional clashes have been recorded and averted. A totalitarian that he decidedly is, in and out of office, Aregbesola has mourned this drift by Oyetola like the loss of a fiefdom. During the EndSARS palaver when Oyetola’s car was attacked by alleged hoodlums, those who could read the Osun barometer correctly have said that the political temperature in the state constituted highly to this drift.

Last year when Oyetola was celebrating his first anniversary in office, simultaneously, Aregbesola also attempted to celebrate an abstruse anniversary of what he called the first year of his departure from office. It is a novel chicanery unknown in the history of Nigerian politics. This year, his aides announced well before hand that their boss was storming Osun to celebrate what they termed the tenth anniversary of an unbroken ‘progressive governance’ in the state. Whatever that is! When this queer announcement got tongues wagging, his media aide again said Aregbesola’s homecoming was in obedience to President Muhammadu Buhari’s instruction to all ministers to go have a feel of their constituents, coming after the violence that shook Nigeria in October.

Let’s leave the reversible nature of the planned homecoming and concentrate on the sense in the reversal. Why would Aregbesola just be honouring a presidential instruction that is well over a month, now? His colleague ministers conferred with their constituents long time ago and while they did, Kabiyesi Aregbesola went to Lagos, to his second fiefdom of Alimosho! If Osun must celebrate a decade of unbroken something, should it be anchored by Aregbesola who is no longer in office or by his successor, who was not in the know of the celebration?

Judging by the famed disagreeable inclination of the Oranminran group which Aregbesola sired in Osun, the planned homecoming promised to be as red as bedlam. Indeed, the state had started quaking as residents anticipated a bloody session of weeping, wailing and gnashing of teeth. No one dare peer torchlight to see the redness of the Sango priest’s eye. No one could tell Aregbesola that bloodbath would ensue if he came home. The option was to allow the famed proverb of a madman bury his mother the way he liked, with the resultant outcome of regrets for all.

One man dared bite the bullet, for the sake of the wellbeing of the people of Osun. It was former governor of the state, Olagunsoye Oyinlola. In a statement he issued, he went into recent history of amity in transition of power in the state; how Governor Bisi Akande, whom he took over office from, never attempted to set the state on fire and how he, for the eight years of Aregbesola’s rule, never attempted the kind of pregnantly weird celebration he planned. Oyinlola had, in the statement, appealed for calm over the tension generated in Osun state by Aregbesola’s plan to hold that parallel event to Oyetola’s second anniversary celebrations, both scheduled to come up on Friday, November 27. How that appeal to Aregbesola not to fight his brother became an excuse to launch a vicious attack on Oyinlola beats imagination. If you are accused of repeatedly cursing your neighbours and your response to the charge is a curse, how do you want the whole world to view you?

Aregbesola thereafter proceeded to send his Rottweilers after this man of peace. The man he abused as being spent was the one whose lone roar made the needed difference. I am a political scientist and that is an example of what we call moral force. It was that voice that made Aregbesola rescind the bloody proposal of his as we see him proceeding to do exactly what Oyinlola advised him to do. Aregbesola not only wrote an about-turn, belated letter of congratulations to Oyetola, he even placed newspaper adverts felicitating the incumbent governor on “his second anniversary.” Why didn’t he do these last year? The only intervening factor between last year and this year is the Oyinlola statement. Aregbesola’s arrogance and self-righteousness would not allow him to thank Oyinlola for, as the street lingo says, “borrowing him sense,” and also seek God’s forgiveness for the lies and the very wild insinuations contained in his press statement against his predecessor. The man had merely called for calm at a time drums of war were being beaten across Osun State.

For those who wonder whether I am not an interloper in the politics of Osun, I am indeed a stakeholder. I lived in the state more than some who today have assumed political panjandrum roles in it. I hawked plastic wares barefooted, from Ikirun to Inisa in the 1970s, walked the then lonely road to Akinorun Grammar School and Iyemogun road of C & S High School, Ilesa. I follow events in Osun state, especially since 1999. It is on record that Oyinlola ran a government with a human face. He never owed workers their legitimate pay and gave every citizen of the state the respect due to them. I wish that Aregbesola could boast too that his years in government were not painful to the people, especially to teachers, civil servants and pensioners he owed 36 months of unpaid half salaries and pensions, despite the fact that President Buhari gave him enough bailouts to pay the poor workers and pensioners.

The narrative among Osun state people is that this man got a ministerial post in the name of Osun state but he is sadly using it for Lagos. His aides, as minister, he reportedly appointed from Lagos. How could a minister representing Osun State be announcing and setting aside a date to visit a state he is representing? Is that not a confirmation that Aregbesola is an absentee Minister?

By now, Osun would have been roiling in blood and tears if Aregbesola had perfected his plan of storming the state. Statesmen should hold a leash to aberrant power-mongers and not consider their own political party leaning. This was exactly what Oyinlola did which should earn him kudos from every right-thinking person. But common sense is not common, especially among persons who believe they are too big to embrace wisdom.

Festus Adedayo is an Ibadan-based journalist. 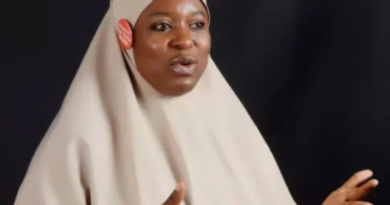 “Buhari You Are Clueless, Incompetent & Inept”, Aisha Yesufu Before Her Twitter Handle Was Shut Down (pic & video) 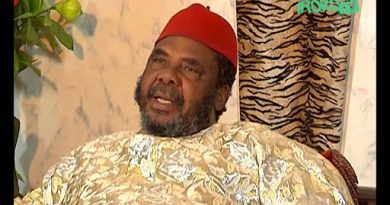 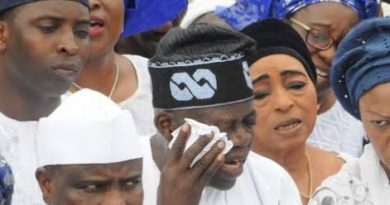 Ambode Debacle: Tinubu May Have To Cry!