Tiffany Trump is tying the knot.

Donald Trump’s daughter from his second of three marriages slipped the engagement announcement into a parting post on Instagram Tuesday, the day before her dad ends his polarizing single-term presidency.

“It has been an honor to celebrate many milestones, historic occasions and create memories with my family here at the White House, none more special than my engagement to my amazing fiancé Michael!” Tiffany, 27, said in her post

“Feeling blessed and excited for the next chapter,” she wrote.

Boulos reportedly grew up in Nigeria, a West African country that President Trump has apparently disparaged in comments.

His dad is Massad Fares Boulos, a millionaire tycoon and executive director of the Nigeria-based automotive conglomerate Scoa Nigeria Plc.

“Got engaged to the love of my life! Looking forward to our next chapter together,” Boulos said in his own Instagram post with the same photo Tuesday.

Tiffany, who recently graduated from Georgetown Law School in D.C., reportedly introduced Boulos to her family during a Thanksgiving gathering at Mar-a-Lago in 2018.

Catch up on the day’s top five stories every weekday afternoon.

Maples, 57, congratulated the couple with a tribute on her Instagram Story Tuesday.

“Celebrating God’s endless blessing of love,” she wrote in a caption to the couple’s engagement pic. “May God’s blessings & love always light your path. Love you so much, mom.”

The president’s second ex-wife started her relationship with Trump while he was still married to his first wife, Ivana.

Ivana and Trump reportedly were seen arguing over Maples during a Christmas 1989 trip to Aspen, two years before their December 1991 divorce. 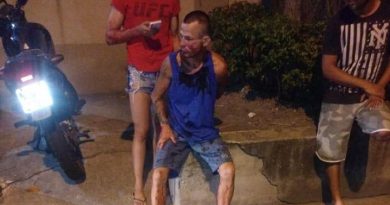 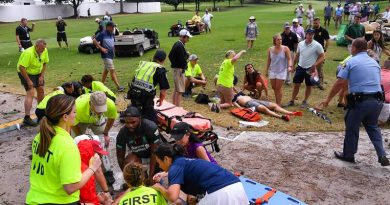