Stakeholders in the South-West geopolitical zone, on Thursday, insisted that the region must produce the next president of the country even as they pushed for the emergence of the All Progressives Congress (APC) National Leader, Asiwaju Bola Ahmed Tinubu.

It was at the summit on ‘Yoruba Nation: Yesterday, Today and Tomorrow’ organised in Ibadan by a Pan-Yoruba socio-cultural group, Yoruba Patriots Movement (YPM).

The summit was, however, held amidst low turnout. It was learnt that though all the South-West governors, except Governor Gboyega Oyetola who was represented, shunned the meeting.

Daily Trust reports that there has been a controversy over the summit following the decision of the Pan-Yoruba socio-cultural group, Afenifere, to opt-out of it.

Our correspondent learnt that some Yoruba leaders decided to shun the summit following suspicion that it was convened to champion Tinubu presidency and true to their suspicion, discussion at the summit centred on him with speakers and dignitaries making a case for him.

However, at the summit held at the International Conference Centre (ICC) of the University of Ibadan, most of the invited dignitaries and Yoruba leaders were absent.

The National Coordinator of YPM, Oladosu Oladipupo, asked stakeholders in the North to respect the pre-2015 general election agreement to return power to the South in 2023.

He asked APC leaders to consider 2023 as time to repay for the struggle and sacrifices Tinubu has made for the party.

“Tinubu’s cabinet was pan-Nigeria not only pan-Yoruba when he was the governor of Lagos State.

“He remains the only Yoruba man who worked tirelessly for the emergence of Buhari.

“So, we should all support him to contest the 2023 presidency.

“We must work hard to assist him to become the president of Nigeria.

“He has the mental capability and whatever is required to rule this country.

“We have been moving across the nation to tell Nigerians that this is the time for the Southwest to become Nigeria’s president.”

Also speaking at the event was Bosun Oladele who described the summit as a right step in the right direction.

He urged Yoruba leaders to look inward because this is the time for active participation to key into the Yoruba agenda. 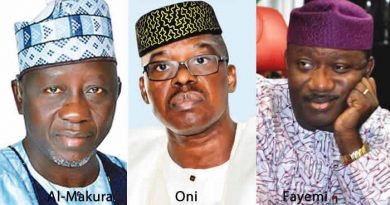 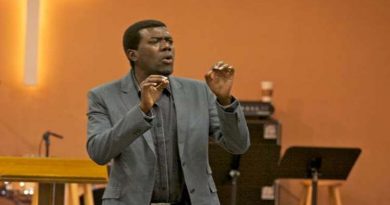