Arsene Wenger has revealed that Kylian Mbappe could have signed for Arsenal on a free during his time in north London.

Mbappe has been talked about as a long-term successor to Lionel Messi in the pantheon of footballing greats after his exhilarating hat-trick on Tuesday night.

The 22-year-old, whose contract at Paris Saint-Germain expires at the end of next season, has been linked with a host of top clubs, including Real Madrid and Liverpool, with his performance in his side’s 4-1 win in the first leg of their last-16 tie with Barcelona intensifying such talk.

It all could have very different, however, had Wenger had persuaded a talented youngster to join him at Arsenal.

“We can talk about Mbappe, I was at his home when he was undecided whether to extend his contract with Monaco,” Wenger told beIN Sports. “He could have come to Arsenal for free. I would say every club is full of histories like that.Sponsored Links

“You go to Milan, to Manchester, Arsenal, Chelsea there are these kind of stories everywhere.”

It is not the first time Wenger has revealed other superstars came close to joining the club, confirming stories about further players, including Lionel Messi and Cristiano Ronaldo. 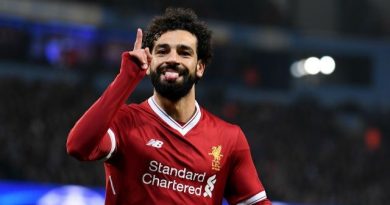