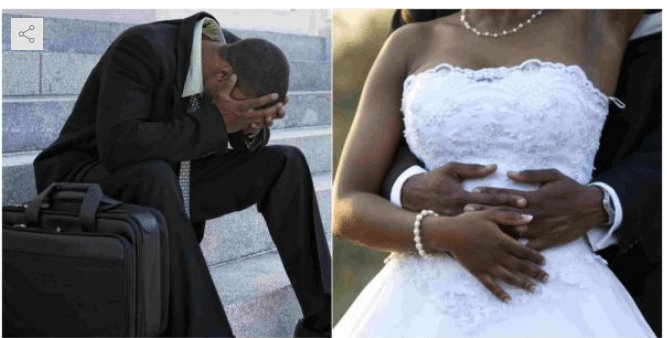 A Facebook user, Anthony Chijioke who claims to be a medical doctor, has called out his colleague, Dr. Ozuzu George Davidson For having a carnal knowledge of his wife.

This comes after people called out the Shine Ye Eyes Big Brother Naija housemate, Boma for flirting with his fellow housemate, Tega, who is a married woman.

According to Anthony Chijioke, his colleague Dr. Ozuzu George Davidson, also called Major, has been a friend with his wife as they both were classmates and teammates for eight years.

Chijioke claimed that Dr. Davidson invited his wife from the United States of America to Abuja where he slept with her for weeks.

Chijioke stated that the accused claimed he slept with his wife because they were not legally married.

Chijioke, while posting photos from his court wedding and marriage certificate, calls on the Senate of the University of Port-Harcourt to take a disciplinary action against his colleague.

You are talking about BOMA who never knew TEGA’S HUSBAND FROM ADAM, what about Dr. George Davidson Ozuzu also called MAJOR who invited his friend, classmate and Teammate of 8years Wife and slept with her? Not Girlfriend ooooo, Wife for that matter. He invited her from the United States and then messed with her in Abuja, in the company of his friends roommate and another friend and classmate of almost 8years. The Young Doctor never kill himself. And nobody don evict Major, it’s only the MDCN he is waiting on to take ACTION on him as they both TOOK THE HIPPOCRATIC OATH where YOUR COLLEAGUE IS SUPPOSED TO BE YOUR BROTHER.
Dr. George Ozuzu Davidson is a graduate of Uniport and a citizen of Mbaitolu in IMO STATE, mother hails from Abia. That guy should be dealt with, with the same energy the people have used to bring BOMA DOWN. I also calll on University of PORTHARCOURT to review his certificate. Nobody trained as a Doctor should behave this way. It should serve as a lesson to others. University of PORTHARCOURT never Trained us in Learning but also in Character. I will be reporting to the SENATE OF UNIVERSITY OF PORTHARCOURT TO TAKE THE NECESSARY DISCIPLINARY ACTIONS BEFORE THIS DOCTOR BRING AN INTERNATIONAL DISGRACE ON OUR UNIQUE UNIPORT. MDCN and University of PORTHARCOURT, it’s up to You.

He also called out his friend, Dr. Signor Onukwugha Amachukwu for conniving with Dr. Davidson to messed up his wife.

Chijioke claimed Dr. Amachukwu was the person who took pictures of Dr. Davidson kissing his wife.

Chijioke said he was shocked that his friend, who has stayed in his room for years without paying a kobo and was a witness during his court wedding would connived with another person to destroy his home.

I shared so many years of friendship with you Dr. SIGNOR ONUKWUGHA AMACHUKWU, you stayed with me in my room for several years without paying a Kobo, I taught I was dealing with a friend all these years not knowing that you are a wolf in sheep’s clothing. You pretend to be my friend but I never knew you were never close to being one. THE SAME MARRIAGE YOU ACTED AS THE WITNESS WAS THE SAME MARRIAGE YOU SINGLE HANDLEY DESTROYED through a team work with DR. OZUZU GEORGE DAVIDSON. You did them for reasons I believe is best known to you but don’t forget that KARMA don’t spare traitors. You betrayed your man for nothing. You took OATH IN COURT AS MY WITNESS AND FRIEND and still TOOK THE PHOTOS/PICTURES OF WHERE SOMEONE IS KISSING MY WIFE IN THE PUBLIC. You are a disgrace mannn.

Meanwhile, Alleged ‘snatched’ wife of Dr Anthony speaks up. According to her, she left Dr. Anthony because he was abusive. She started seeing Dr. George about 6 months after leaving Dr Anthony Chijioke. Also, when she tried to file for divorce she found out that their marriage is not legal. She still supports Dr Anthony’s parents financially. 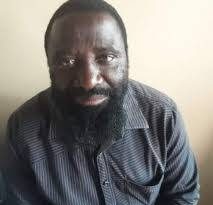 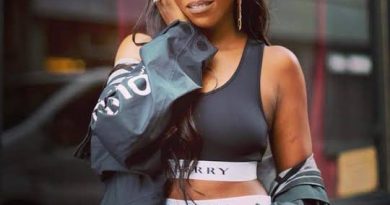 Pray You’re Watching Over Me’, Tiwa Savage As She Visits Her Late Father’s Home (pic & video)